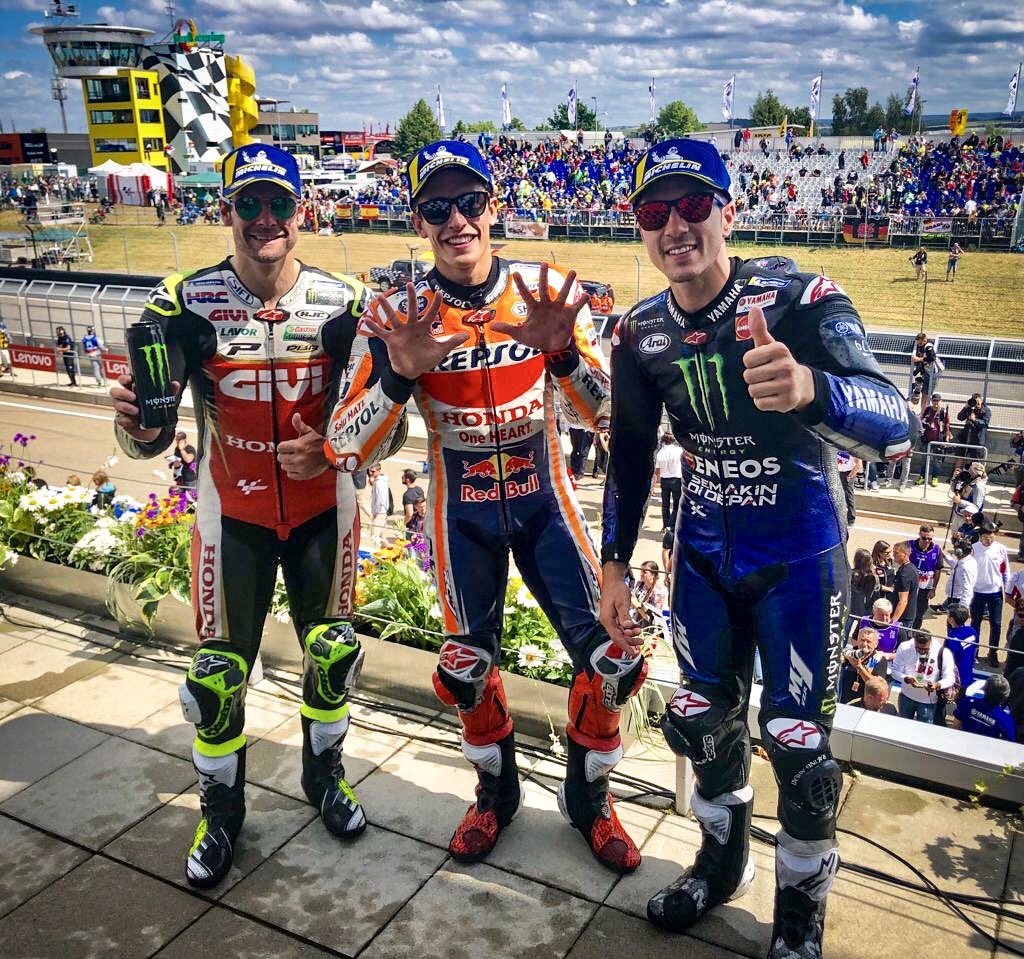 Berlin: Spain’s Marc Marquez showed his supreme class in winning his seventh German MotoGP title in a dominant pole-to-flag finish at the Sachsenring circuit on Sunday. This was also his 10th consecutive victory at Sachsenring ever since his 125cc and Moto2 race days.

Marquez’s teammate Stefan Bradl finished a credible 10th. A gloomy start to the proceedings didn’t deter local fans who filled the grandstands at the Sachsenring circuit from the early hours of the day. Mixed conditions for the morning warm-up limited the running time, but Marquez was able to top the session with Bradl ending a strong fifth.

With a characteristically strong start, Marquez led through Turn One as the lights went out for the 30-lap German GP. Back-to-back race lap records on lap four and five signalled that Marquez was not interested in a battling victory, as the new race lap record helped him to stretch his lead to over half a second.

From here on there was no looking back as the reigning world champion steadily built his lead to cross the line 4.5 seconds clear of second placed Maverick Vinales for the 75th victory of his Grand Prix career and his 49th win in the Premier Class.

Sunday’s victory was Marquez’s seventh finish on the top of the podium in the premier class at the German track, equalling Valentino Rossi’s record of straight wins at Mugello.

“It was a perfect strategy. But I didn’t have a perfect start as I ran a little deep at Turn One. After that my plan was two slow laps to warm the front tyre well and then push, and it’s exactly what I did. Step by step I opened the gap and followed the plan as I needed to.

“Once the gap was at three seconds I stayed there and saved the tyre and enjoyed riding. It’s a great feeling to win here again and to enter the summer break in this way. I want to say thank you to the Repsol Honda Team for their work in this race and the first half of the season,” Marquez told reporters.

The MotoGP World Championship will return with the Czech GP from August 2-4. 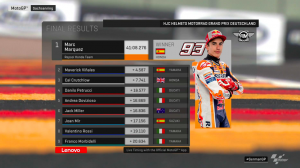 Mena, Goncalves finish on the podium in Stage 2 of Silkway Rally

Double delight for Sethu and Ravikumar in INMRC Round 2