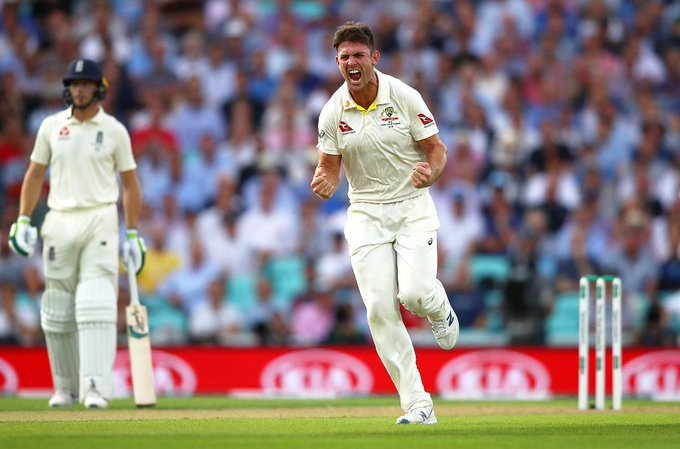 London: Mitchell Marsh took four wickets to dent England’s middle order, but Jos Buttler roared back to form with an unbeaten 64 to steady the ship and take the hosts to 271/8 at stumps on Day 1 of the fifth and final Ashes Test at The Oval on Thursday.

Playing his first Test of the series, all-rounder Marsh returned career-best Test figures of 4/35, but his efforts were somewhat put in a shade by Butler who struck his first half-century of the series and was unconquered on 64 from 84 balls, his innings laced with six fours and three sixes.current sports news

Buttler had Jack Leach (10 not out) for company at the close of play.

England were in a position of strength halfway into the second session with skipper Joe Root bringing up his fifty.

Day one of the final #Ashes Test was an eventful one!

Earlier, opener Rory Burns (47 off 87 balls; 4×7) missed out on a half-century as he was dismissed just after lunch by Australia”s in-form pacer Josh Hazlewood, caught at mid-on by Marsh.

Root (57 off 141 balls; 4×3) was castled by Pat Cummins (2/73) after lunch and following the dismissal of Jonny Bairstow (22), trapped in front by Marsh with an inswinging yorker, England lost a few wickets in a hurry.

Marsh used his inswinging yorker to good effect once again, trapping Chris Woakes (2) plumb in front. Marsh also sent Sam Curran (15) back to the hut, as he was caught at second slip by Steve Smith.

Buttler was slow to get off the block but once he did, he hit Josh Hazlewood (2/76) for back-to-back sixes before hitting him for another to bring up his 15th Test fifty. From 226/8, Buttler and Leach stitched together an unbroken stand of 45 runs, which really got England out of a hole.current sports news

Put into bat, England lost Joe Denly (14) early, as Cummins had him caught at second slip by Smith.

Ben Stokes (20) did not last long as Marsh had the England all-rounder hole out to Nathan Lyon.

Australia have already retained the Ashes after winning the fourth Test and now lead the five-match series 2-1.

The visitors made two changes to their playing XI — Marsh replacing Travis Head and Peter Siddle coming in place of Mitchell Starc.

England had already announced their playing XI on Wednesday, bringing in Curran and Woakes for Jason Roy and Craig Overton.