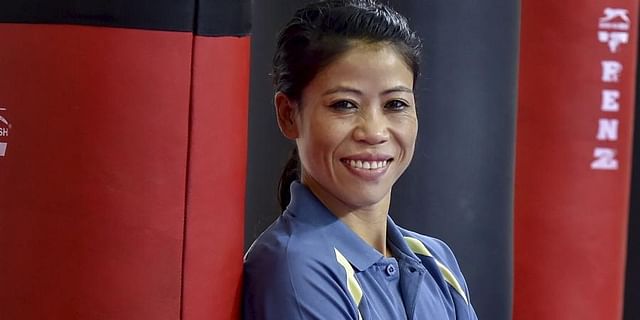 New Delhi: Six-time world champion M C Mary Kom and Asian Games gold-medallist Amit Panghal are among the top names missing from the list of boxers finalised for the 13-day national camps for men and women that will get underway at separate locations from December 11.

In fact, none of the five male boxers who competed in the Tokyo Olympics, including Manish Kaushik, Ashish Chaudhary, Vikas Krishan and Satish Kumar, have made the list of 52 men who will train from December 11 to 24 at Patiala’s National Institute of Sports (NIS).

Of these, Vikas is currently nursing a shoulder injury, which required surgery.

The women’s camp will be held at the Sports Authority of India (SAI) Centre in Rohtak on the exact same dates.

“It’s because they did not compete in the national championships. It was pre-decided that this camp will only be for national medal winners and the ones who were picked after a trial at the end of Nationals,” a top federation source told PTI on conditions of anonymity.

When contacted, Mary Kom did not dwell on the subject and said, “I am just training at home right now. I will get down to rigorous training with my team in mid January and prepare for the world championships.”

The 38-year-old Manipuri, who is a former Olympic bronze-medallist, is also a serving Rajya Sabha MP.

She is aiming to compete in the world championships and the Commonwealth Games in Birmingham next year.

The women’s world championship, to be held in Istanbul, was pushed from December this year to March by the International Boxing Association (AIBA) because of the COVID-19 pandemic.

The event is set to be further delayed to May next year.

Borgohain did not compete in the nationals either but in her case, the federation had decided to make an exception due to her medal-winning performance in Tokyo.

“The list is as per the last executive committee meeting decision in which Lovlina was the only one given an exemption,” the source said.

Also there is Arundhati Chaudhary, the 19-year-old youth word champion who kicked up quite a storm when she challenged Borgohain’s automatic selection for the world championship in the Delhi High Court.

The federation ultimately agreed for a trial after the mega-event was postponed.

Her national gold has secured her a place in the camp and she would be trying to make an impression.

The two camps will be conducted by new head coaches for both men and women.

While Narender Rana will be in charge for men, Bhaskar Bhatt will be heading the women’s camp.

Men’s High Performance Director Santiago Nieva is awaiting a longer extension to his contract that ended with the October-November world championships in Serbia.

It is reliably learnt that the Swede is likely to be retained despite coming under pressure after an underwhelming Olympic campaign during which none of the male boxers could make the medal rounds.

At the recent world event, India claimed one medal, a bronze through debutant Akash Kumar in the 54kg category.