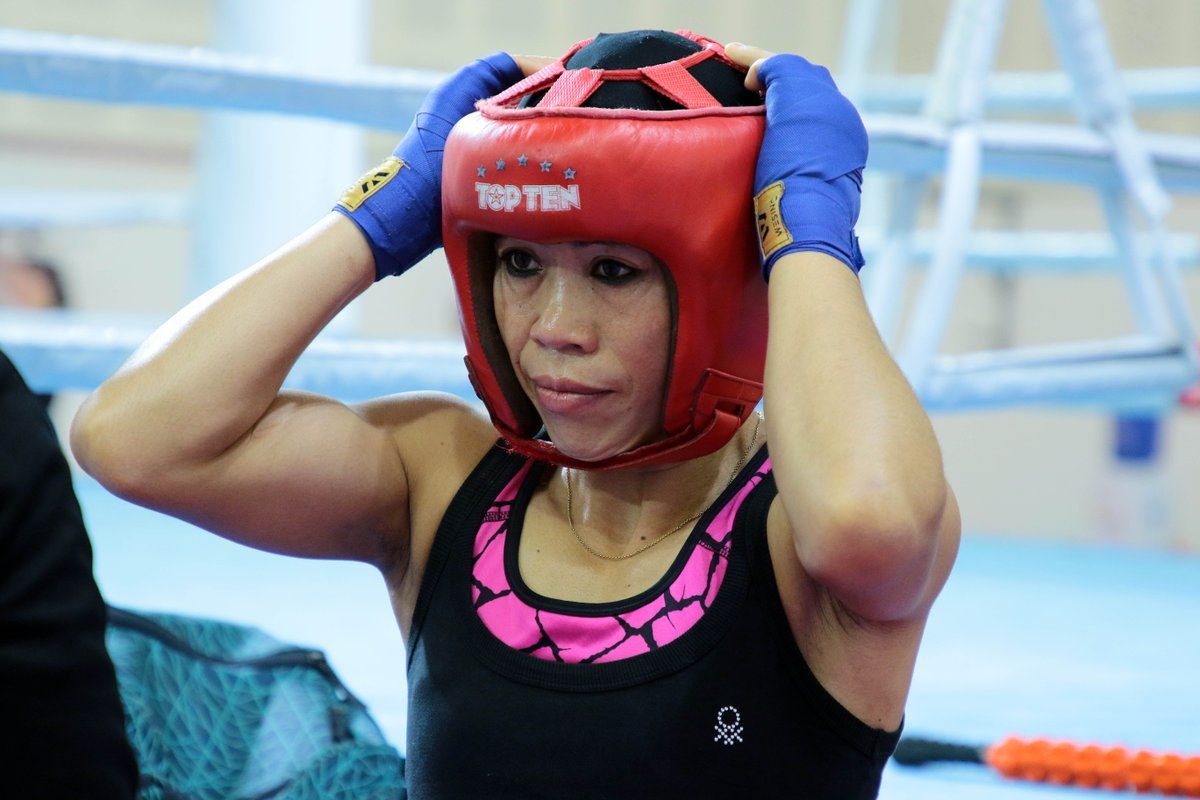 Guwahati: With Olympic qualification round the corner, the second edition of the India Open Boxing Tournament kicks-off with 35 men and 37 women boxers from India vying for glory as close to 200 pugilists from 16 boxing powerhouses will participate in this tournament to be held at the Karmabir Nabin Chandra Bordoloi Indoor Stadium in Guwahati, Assam from May 20-24.

The $70,000 tournament will see London Olympic bronze medallist Mary Kom making her competitive debut at home in the 51 kg category after opting out of the Asian Championships last month in order to prepare for the World Championships as the event will serve as a good preparatory ground for Olympic qualification.

“The India Open is a great opportunity for the Indian boxers. In the run-up to their preparations for the World Championships, they will be facing some of the top boxers including Asian Games and World champions,” said Ajay Singh, President of the Boxing Federation of India (BFI).

“BFI vision is to take boxing to every corner of the country. Staging the second edition of the India Open in Assam will be a step in that direction and a chance to bring world class boxers to the North-East region which has already contributed many Indian boxing success stories for India and will inspire the next generation to take up the sport in a much bigger way,” he added.

Keeping in mind the approved weight categories for Olympic qualification, some of the Indian pugilists have changed their weight categories. After her stunning performance at the Asian Championships, where she became the first Indian to win a gold in the 81 kg category, Pooja Rani has gone back to her original weight category of 75 kg.

Assam’s Bhagyabati Kachari too has made a similar change while Asian Championships bronze medallist Manisha Moun will be fighting it out in 57 kg for the very first time. Simranjit Kaur, a silver medallist at the continental tournament in 64 kg, has switched to 60 kg as well and will be competing with former world champion Sarita Devi, who added her eighth Asian medal this year.

“I have been preparing well for 51 kg category. Having got a real hand idea of the competition in this class in Germany, I am ready to give my best at this tournament and test myself ahead of the World Championships,” said Mary Kom, who led six Indian boxers to gold in the last edition in New Delhi.

“I am glad the event will be hosted in Assam this time. With the North-East being a powerhouse of talent, I hope this gives an opportunity to the youngsters to watch and get inspired by watching us live,” she added.

While the six-time world champion will be India’s biggest medal hope yet again, Amit Panghal (52 kg) will be looking to continue his dominance after conquering the Asian Championships gold.

Assam’s Shiva Thapa (60 kg), who created a record by winning medals in four consecutive Asian Championships, will be aiming to impress the home crowd and so will Ankushita Boro (64 kg), a gold medallist at the 2017 World Youth Championship.

2017 World Boxing Championships bronze medallist Gaurav Bidhuri (56 kg) will be another of the big medal bets from India.

The seven-day tournament will be held under the auspices of the Government of India, Ministry of Youth Affairs and Sports and the Sports Authority of India. The Assam government too has lent its full support to stage the event in Guwahati.

In the upcoming edition, while the gold medallists will get richer by $2,500, the silver medallists will receive $1,000 for their exploits as the countdown for the tournament begins.

Indian contingent confident of a superb show at India Open