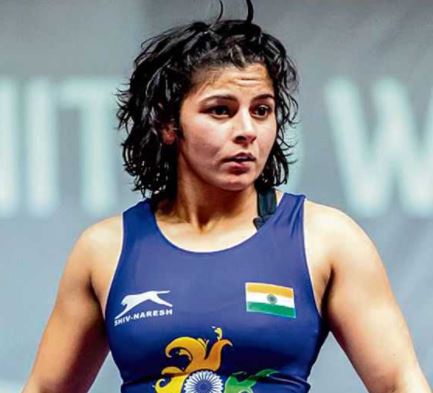 Rome: Asian champion Sarita Mor settled for silver in the women’s 57kg category of the Matteo Pellicone Ranking Series wrestling after going down to Giullia Rodrigues of Brazil 2-4 in the final here.

India’s Anshu missed bronze after Italian Rancesca Indelicato defeated her in the semi-finals in the 57kg category (via an injury rule).

Sarita, 25, clinched the 59kg gold at the Asian Championship in Delhi last year. She is a seven-time national champion.

In the men’s category, Kuldeep Malik won bronze in the Greco-Roman 72kg category, after going down to Chingiz Labazanov of Russia 0-10.

In the 63kg category, Neeraj beat Samuel Jones of the USA 6-4 to bag bronze.