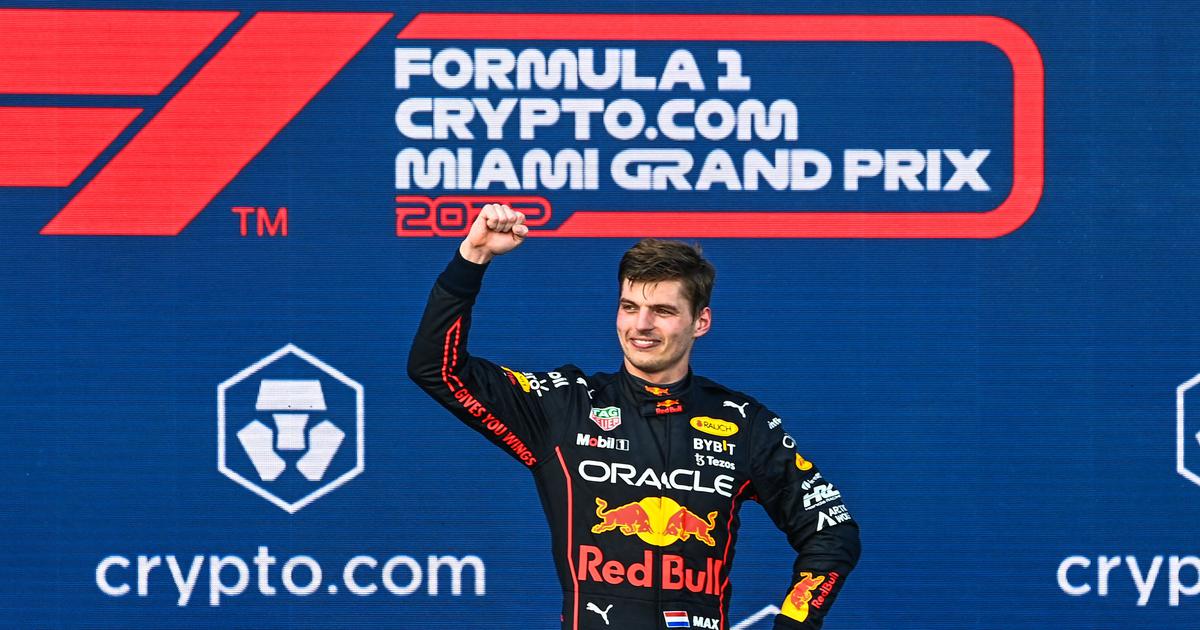 In a physically exhausting race for the drivers and teams at the Miami International Autodrome, the 24-year-old Dutchman produced a mature performance to make the most of superior straight-line speed in a largely processional race until a late Safety Car intervention.

His second win in succession and third of the season enabled him to trim Leclerc’s advantage to 19 points in the drivers’ championship. Leclerc has 104 and Verstappen 85. It was the 23rd win of the Dutchman’s career.

“It was an incredible Grand Prix, very physical as well, but I think we kept it exciting until the end,” said Verstappen, interviewed by retired American driver Willy T. Ribbs after the race.

When Ribbs suggested he looked ready to “get into a boxing ring”, Verstappen retorted: “I think I’ll stick to racing, but I appreciate boxing a lot. It felt a bit like that out there in terms of how we feel now.

“I’m incredibly happy with winning here in Miami and it was an incredible Sunday for us.”

Leclerc said he felt that the Red Bull was clearly a faster car than his Ferrari in a hot and punishing race.

“It was such a difficult race, physically,” said Leclerc. “We struggled quite a bit with the medium tyres, especially in the first stint, and was overtaken there. That made our race a bit more difficult from that moment onwards.

“On the hard tyre, we were very competitive and towards the end I thought I could get Max at one point, but today they had the advantage in terms of pace.”

He said he hoped Ferrari would make a ‘step up’ with upgrades for the Spanish Grand Prix later this month, but added that he had enjoyed the atmosphere generated by a sell-out crowd that was sprinkled with celebrities.

“It was fun and it’s amazing to see so many people again,” he said. “I keep saying it, but it’s great to see so many Ferrari fans in the grandstands.

“Now, we need to keep pushing. Upgrades will be very important throughout the year and I hope that we can do a step up from the next race onwards.”

Verstappen came home 3.786 seconds ahead of Leclerc with Carlos Sainz third in the second Ferrari after holding off a late charge from Sergio Perez. George Russell finished fifth after recovering from 15th on the opening lap to come home ahead of Mercedes team-mate, seven-time champion Lewis Hamilton.

“I did the best I could. It’s a good result for the team,” said Hamilton, who had spent the buildup to the race rowing with the sport’s governing body about how much jewellery he wears.

In a tactical race of attrition and many minor incidents, Russell made the most of a late Safety Car intervention when McLaren’s Lando Norris collided with Pierre Gasly’s Alpha Tauri to take a ‘free’ pit stop for new tyres.

Valtteri Bottas of Alfa Romeo finished seventh ahead of Esteban Ocon and his Alpine team-mate two-time champion Fernando Alonso and Alex Albon who was a fine 10th for Williams.