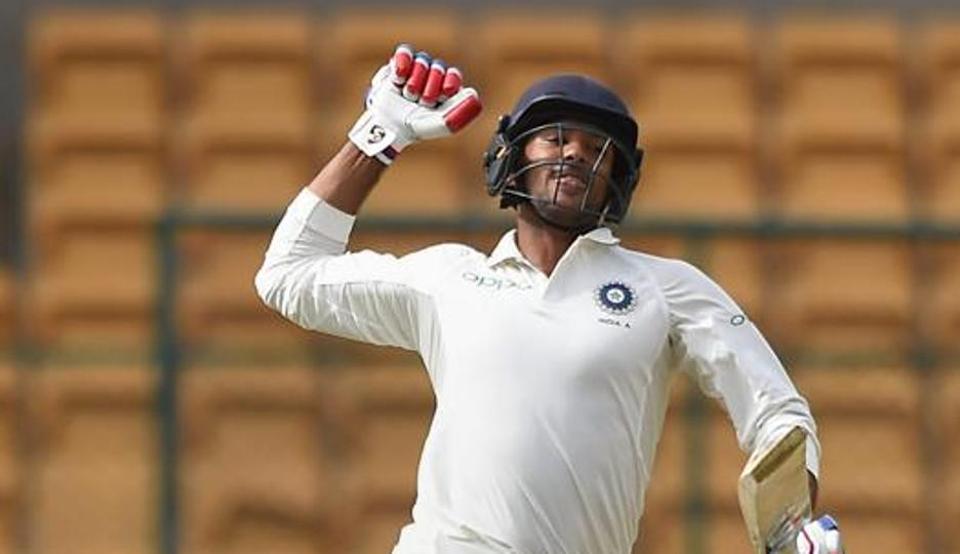 Agarwal had come into the limelight with twin half-centuries in his maiden Test tour of Australia but maiden double hundred (215) against South Africa has consolidated his position in the national team, feels former India spinner Harbhajan Singh.

“He is a solid batsman and has approached this game like a domestic cricket match. Players usually change the way they play in domestic and international cricket, but he managed to maintain his style in both forms of cricket. Mental toughness and stability are his strengths and he plays fearlessly just like his favourite, Virender Sehwag,” Star Sports expert Laxman commented on Agarwal’s performance on ‘Cricket Live‘.

Harbhajan on his part felt that years of grind in domestic circuit has paid dividends as Mayank is aware of what is expected of him.

“Mayank uses his feet well when he comes forward and hits and also executes the reverse sweep shots. He has a lot in store and plays them when and where needed. He is a hardworking player; the players who come from domestic cricket background have learned a lot,” opined Harbhajan.

“They come in late but have so much knowledge and experience of the game that they value and understand every opportunity that the game brings to them,” said Harbhajan.

Harbhajan also feels that Mayank did well because he was sure about his role in the team.

“Once a player is confident about his role and place in the game, he only needs to focus on his performance. Rohit was trying (to play) a different game but Mayank Agarwal stuck to his game.”