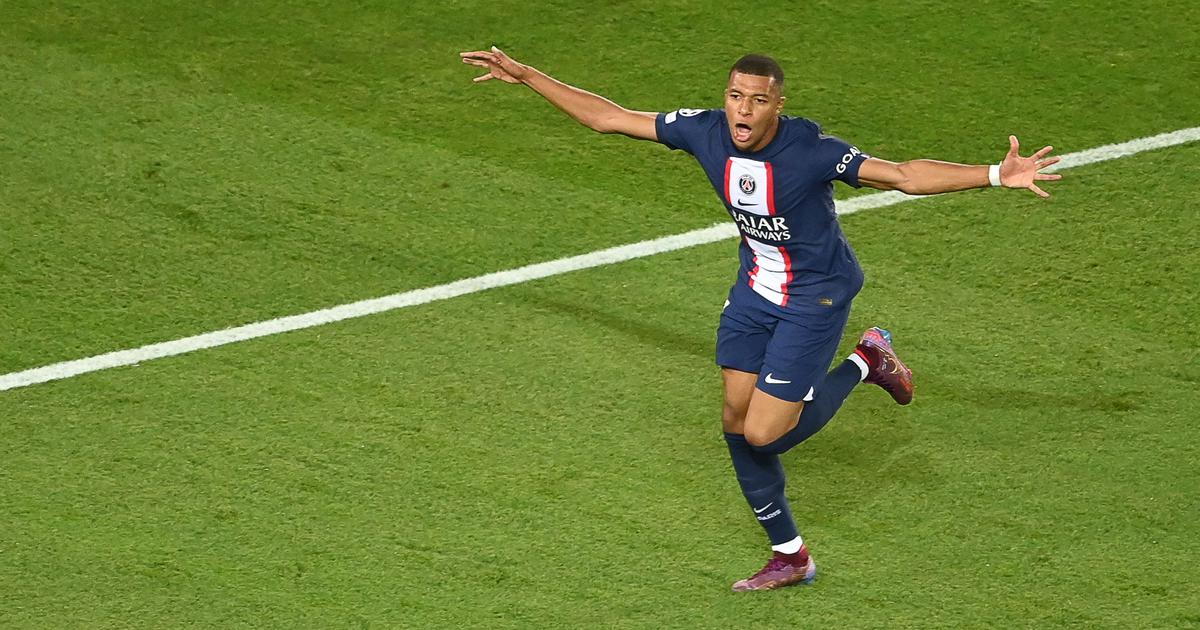 Kylian Mbappe and Erling Haaland starred on Tuesday as Paris Saint-Germain and Manchester City made winning starts in the Champions League group stage, but big-spending Chelsea suffered a shock 1-0 defeat away to Dinamo Zagreb.

Real Madrid rode their luck at times before demonstrating their class to kick off their title defence with a 3-0 win at Celtic despite the loss of Karim Benzema to injury.

Mbappe showed why PSG were so desperate to keep him at the end of last season when he seemed set to depart for Real by scoring both goals in PSG’s 2-1 victory at home to Juventus, to launch the French champions’ quest for the biggest prize in European club football.

“We played well and we got a win in a tremendous atmosphere at home,” Mbappe told Canal Plus.

“We always want to play against big teams – that’s why you play in the Champions League. It’s that sort of atmosphere we love; matches like this, in which you have to show character.”

The France forward volleyed Neymar’s delightful scoop past Mattia Perin in the fifth minute at the Parc des Princes before adding another brilliantly-worked goal midway through the first half.

Substitute Weston McKennie headed Juventus back into the game but PSG held on and are level with Benfica in Group H. The Portuguese side beat Maccabi Haifa 2-0 courtesy of goals from Rafa Silva and Alex Grimaldo.

Pep Guardiola has warned Haaland alone cannot lead City to Champions League glory this season, but the Norway striker kept up his scintillating form for his new team with two goals in their 4-0 rout of Sevilla.

“He has an incredible sense of goal. We have incredible numbers in scoring goals, so we want to continue like that,” said Guardiola.

Having already scored 10 times in six Premier League outings, Haaland put City in front on 20 minutes in Spain as he poked in a Kevin De Bruyne cross.

Phil Foden doubled the lead on the hour before Haaland struck again. Ruben Dias bagged a fourth to compound the misery for a struggling Sevilla side.

Haaland faces a reunion next week with old club Borussia Dortmund, who eased to a 3-0 win over FC Copenhagen earlier in Group G.

Real up and running

Scottish champions Celtic were left to rue not making the most of a bright start against Real in Glasgow as Callum McGregor rattled the post before the Spanish giants made their experience count.

Vinicius Junior, who grabbed the winning goal in last season’s final, opening the scoring on 56 minutes and Luka Modric soon doubled the advantage.

Eden Hazard, who came on for the ailing Benzema, netted his first goal for the club since January to seal victory.

“It was like two games, first half we suffered a bit with intensity, second half we had control,” Ancelotti told BT Sport.

“We were not surprised (with Celtic’s start). We knew they could start really fast. We were lucky because they hit the post.”

Shakhtar Donetsk romped to a memorable 4-1 win over RB Leipzig in Germany in the other Group F game.

Shakhtar, who have not played in their home town since 2014, did not have any competitive matches this year until August 23 due to Russia’s invasion of Ukraine.

They have lost multiple key players since as Fifa allowed foreign players and coaches to suspend their contracts and leave the club.

Marian Shved scored twice on his full debut either side of Mohamed Simakan’s equaliser. Mykhaylo Mudryk and Lassina Traore made sure of the win for Shakhtar.

Thomas Tuchel’s side were expected to cruise through Group E after being drawn with Dinamo, Red Bull Salzburg and AC Milan.

But their task might not be so simple after Mislav Orsic’s first-half strike punished the Blues for another sloppy display.

Having spent £250 million ($280 million) on new signings since the end of last season, Tuchel is under pressure to deliver silverware in return for that huge investment.

“We are clearly not there, where we need to be and where we can be. So it’s on me, it’s on us, we need to find solutions. At the moment, everything is missing,” said Tuchel.

Italian champions Milan began with a 1-1 draw at Salzburg as Alexis Saelemaekers cancelled out Noah Okafor’s opener for the hosts.