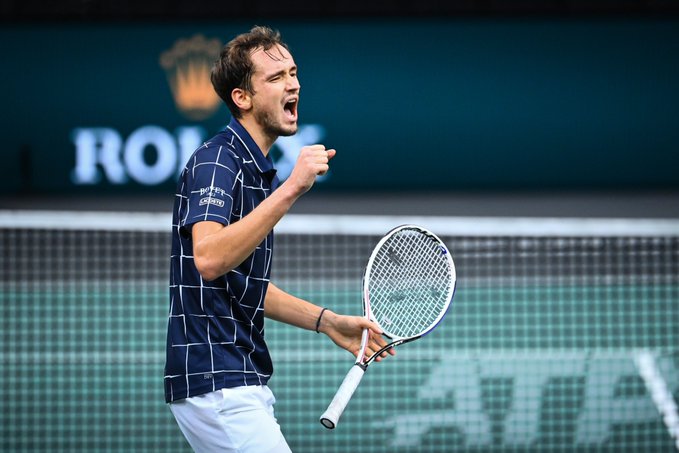 Paris: Daniil Medvedev became the fourth Russian to capture the Rolex Paris Masters title on Sunday with a 5-7, 6-4, 6-1 comeback victory against Alexander Zverev.

In a repeat of last year’s Shanghai final, the 24-year-old stepped in and raised his game in the second set to turn the match in his favour.

Medvedev entered the contest with a 1-5 head-to-head record against his rival, but saved six of seven break points to earn his third ATP Masters 1000 crown from four finals.

“The World No. 5 earned his first service break at 4-4 in the second set and charged to the title from that point by winning eight of the final nine games of the match.

“Before the tournament, I was not in my best form, playing not so bad with zero finals this year. I was complaining to my wife like, ‘Oh my god, I don’t have the level. I don’t even have one final. I am playing so bad.’ Finally, I am the winner of Bercy, a tournament that I love… Three Masters [1000] titles. I am super happy.”