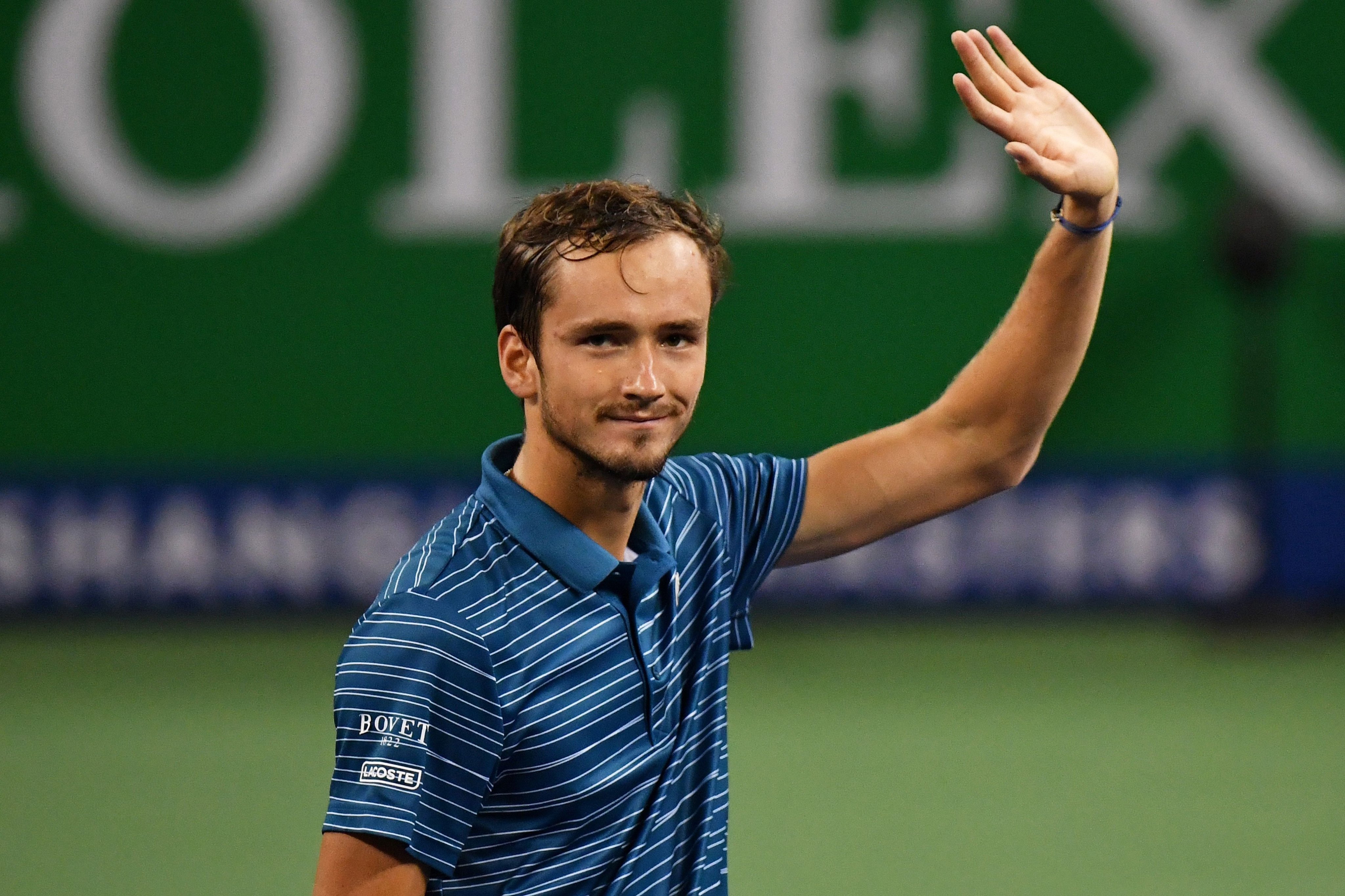 Melbourne: Daniil Medvedev insisted a mid-match nosebleed was not a serious problem as he overcame an underarm serve and stiff resistance from Spanish qualifier Pedro Martinez Thursday to book his Australian Open third-round ticket.

The Russian fourth seed was pressed hard in a competitive first set before grinding down the 22-year-old 7-5, 6-1, 6-3 with the roof closed on Margaret Court Arena.

He plays Australia’s Alexei Popyrin next in Melbourne.

“It was not easy, especially the first set, but I managed to stay there the whole match and came through because he has less experience,” said Medvedev, who won four titles last year and was runner-up at the US Open.

He was up 5-0 in the second set when he required a medical timeout with blood dripping from his nose, something that also interrupted his Australian Open last year.

“Well, I was bleeding from the nose, which can happen to me sometimes. Doesn’t usually happen during the match so I had to stop it,” said the 23-year-old.

“Usually takes like four minutes, three, four minutes. I called the physio so he could help me to stop it. But it’s nothing.” While nosebleeds are a recurring issue, he said they did not happen often enough to be a major problem.

“Let’s say it happens maybe two times a year or maybe once. I remember it actually happened at last year’s Australian Open in the first round.”

Asked if it was related to tension, he replied: “No, not at all. If it would be, I would be bleeding every match I play.” The highest seed behind the Big Three of Rafael Nadal, Novak Djokovic and Roger Federer, Medvedev struggled to get going against a tenacious player making his Australian Open debut.

But his strength and big serve ultimately counted, with 19 aces.

So frustrated was the Spaniard that he resorted to an underarm serve.

“I don’t know actually why he did it, but it surprised me a lot,” said Medvedev.

“But if he would make a good one, I think I would be in trouble. But it was really a bad one, so I had the ball easy.”

The pair stayed on serve until the Russian’s pressure paid dividends in the first set, working break points in game four and getting the edge when Martinez, ranked 168, sent a backhand into the net.

But poor technique on a volley handed the Spaniard a break back for 3-4 and Martinez’s confidence grew.

They went game for game until Medvedev stepped up a gear to break again for the set when Martinez put a simple forehand into the net.

With the Spaniard sapped of energy, Medvedev twisted the knife, racing into a 5-0 second-set lead before his nosebleed.

Medvedev is aiming to better his best performance at Melbourne Park, which came last year when he made the round of 16 before falling to eventual champion Djokovic.