Mega Boxing: Will it be a boon for pro boxers in India?

Talented Boxers like Sagar Nawat have signed up for Mega Boxing.
New Delhi: Vijender Singh’s bronze medal and his teammates Akhil and Jitender Kumar’s gritty show at the Beijing Olympics had captured the imagination of an entire nation back in 2008.
Since then, India has virtually produced an assembly line of talented boxers who have won medals at top international tournaments across all weight categories.
However, before Vijender decided to take his high profile plunge into professional boxing, very few Indians had ventured outside the amateur ranks.
But Mega Boxing, a professional boxing platform which was launched late last year, might change all that.
Talking to Sports Lounge, co-founder Anirban Roy, asserted that the sheer amount of raw talent available in India makes the country a prime candidate to emerge as one of the best in the vast world of pro boxing.
“India has a lot of amateur boxing talent. We are very good at the Asian and Commonwealth Games and we have done extremely well over the years. However, the progression criteria in boxing is that the medals need to be converted into belts, which how most great pro boxers have come about,” Roy said.
“But until now there was no platform in India for pro boxing or to promote the talent coming in from the amateur ranks. Professional boxing is very different from amateur boxing. What we have basically created here is a platform for pro boxing in India,” he added. 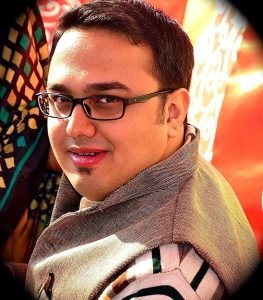 With Mega Boxing involving some of the top fighters from the domestic circuit as well as international boxers, Roy claimed that the tournament is the right platform to take an aspiring Indian pugilist to the international level.
“Mega Boxing is a platform which is integrated into the internal boxing circuit. That basically becomes a pathway for all the fighters associated with this event since they may eventually get a chance to fight at the international level,” he said.
“Boxers who are looking to turn pro in this country are turning to Mega Boxing simply because we put up the right kind of fights to build up their career. We have events throughout the year that enable us to scout the best performers in respective categories. At the end of the year those who do well will have a chance to fight at the international level.”
Having conducted its first show on November 30 last year, Mega Boxing is all set to organise its second fight night on April 12 in Gurugram.
“We have six fights out of which one will have an international fighter. So we have 11 Indian boxers. Most of them are national champions in their respective weight categories,” Roy remarked.
“We aim to take the sport to the people. So instead of confining our events to just the conventional boxing arenas, we also organise these fights in more public friendly places like shopping malls, IT Parks and similar venues with the objective of ensuring that the sport resonates with a wider section of the population.”
However, this is not the first time that India is witnessing a professional fighting event. The Super Fight League (SFL) which was launched with much fanfare in 2012, was associated with a host of Bollywood stars along with Amir Khan, an Olympic silver medalist of British-Asian origin.
But despite heavy promotion and television coverage by big channels, the SFL has failed to make a mark.
Roy however, insisted that the league structure of the SFL limited its chances of success and that Mega Boxing has a better chance of survival because of its format.
“Fight sports are individual events, they cannot be put into a league format. Ideally a fight sport will find it difficult to do well in a league format because the nature of the tournament will be very different from the sport itself,” he reasoned.
“The boxer fights for himself. He does not fight for somebody else in the team.”
Apart from the big fight nights, Mega Boxing also claims to be doing its bit to develop talent at the grassroots level, enabling young boxers with a platform to reach the top level.
“We are working with a lot academies to scout talent. A lot of youngsters are currently being scouted. We have been working on this project for the last couple of years and we have reached out to nearly 13,000 boxers from age eight to 18 plus,” Roy informed.
“Mega Boxing aims to provide the right platform so that boxers have a chance to reach the top level.”
Related Topics:Akhil KumarBeijing Olympic GamesBoxingBoxing EventBoxing LeagueJitender KumarMega BoxingOlympicsVijender Singh
Up Next