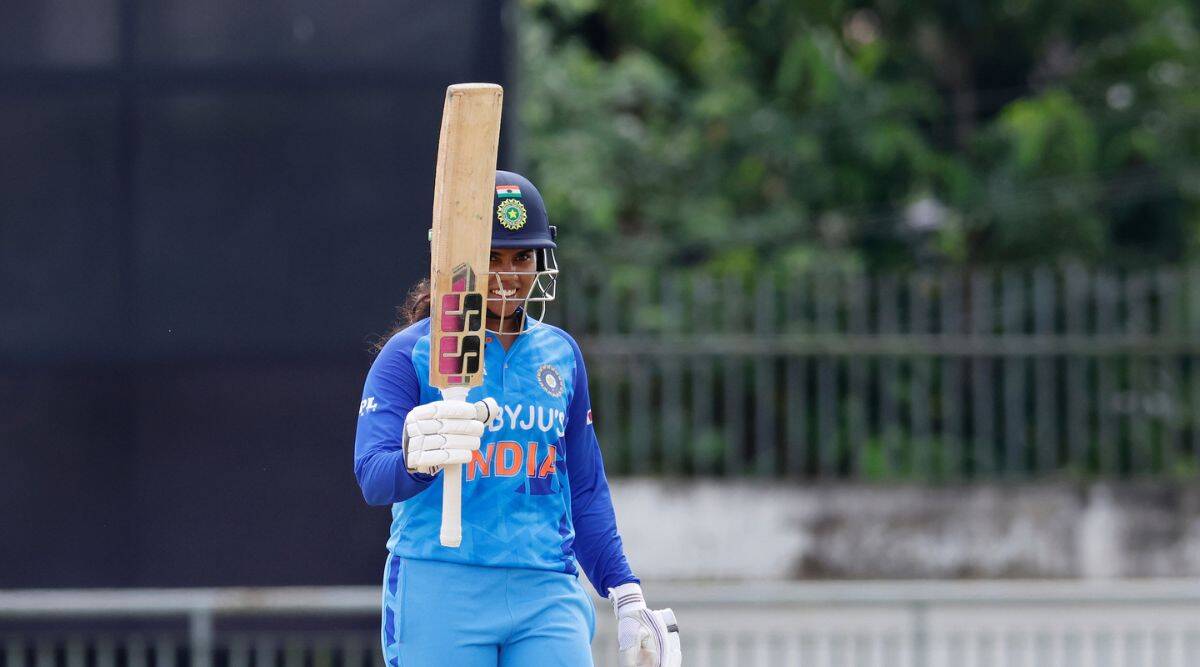 Opener Sabbhineni Meghana (69) batted with authority to record her maiden T20I half-century as India defeated Malaysia by 30 runs via the Duckworth-Lewis method in the rain-curtailed Asia Cup match on Monday.

Replacing vice-captain Smriti Mandhana at the top, Meghana hit a career-best 69 off 53 deliveries to help India post 181 for 4. In reply, Malaysia were tottering at 16/2 in 5.2 overs when rain stopped play, far behind the 46-run mark which was the D/L par score when the match was called off.

With the win, India moved to the second spot on the points table — with four points — behind Pakistan.

Meghana took the Malaysian bowling attack to the sword as she brought up her career-best score in the format after India were asked to bat. The big-hitting Shafali Verma, who is struggling for form, also pitched in but the teenager looked scratchy for the most part of her 46-run knock.

Meghana made most of the opportunity provided to her as she donned the role of the aggressor from the very first ball. She milked boundaries every over, hitting the ball all across the ground in the powerplay as India fetched 47/0 in the first six overs.

She was dropped on 14 by skipper Winifred Duraisingam (2/36) in the third over and the right-hander made the Malaysian’s pay for the error as she raced to fifty with a boundary.

Poor fielding only added to Malaysia’s woes as the Indian women looked on course for a 200-plus score.

However, Duraisingam got the big-wicket of Meghana. The Indian looked to drive only to chip the ball straight into the hands of extra cover, sending the entire Malaysian team into frenzy.

Shafali, who had played the second second fiddle to perfection, smashed a couple of sixes but failed to carry on the momentum once Meghana was out. Richa Ghosh was elevated to the number three spot and the young wicketkeeper played a fluent 33-run knock, finding the gaps beautifully.

But Shafali struggled to accelerate as Malaysia tightened their bowling and fielding while also triggering a mini-batting collapse.

In the eventful penultimate over, Shafali was bowled by 17-year-old Nur Dania Syuhada (2/9) off the first delivery before the spinner got rid of Kiran Navgire (0) in the next ball.

It would have been three-wicket haul for the teenager had Richa not been dropped at deep mid-wicket on 31.