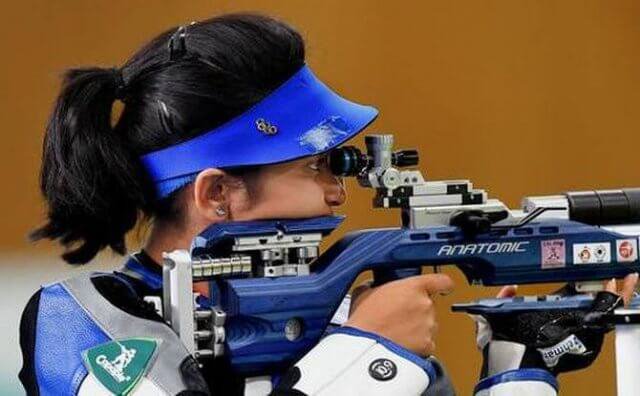 Mehuli, won the senior women’s air rifle with a score of 252 over Madhya Pradesh’s Shreya Agrawal who finished with 251.2 to claim second place. World number one and finals world record holder Apurvi Chandela of Rajasthan shot 229.3 to finish third.

In the junior women’s event, Mehuli’s victory was even more emphatic as her score of 252.2 was way ahead of Punjab’s second placed Khushi Saini’s score of 248.8. Madhya Pradesh came in third and fourth with Mansi Kathait and Shreya Agrawal finishing on scores of 227.5 and 205.8 respectively.sports news headlines

Zeena Khitta of Himachal won in the youth category of the same event with a finals score of 252.5.

In the men’s 25M RFP, Anhad shot 31 in the final to overcome Olympian and army marksman Gurpreet Singh, who shot 26. Thomas George of Kerala came in third with 23.

In the junior men’s event, Vijayveer Sidhu of Chandigarh won with a finals score of 31. Adarsh Singh, who has been part of the senior India RFP team this year, came in second with 26 while Vijayveer’s twin Udhayveer won bronze with 25.

Another recent India international Parul Kumar of the Air Force won the Men’s 3P with a score of 458.3 in the finals. Satyendra Singh of the Army was second with 456.5 while another army man Chain Singh was third with 443.1.