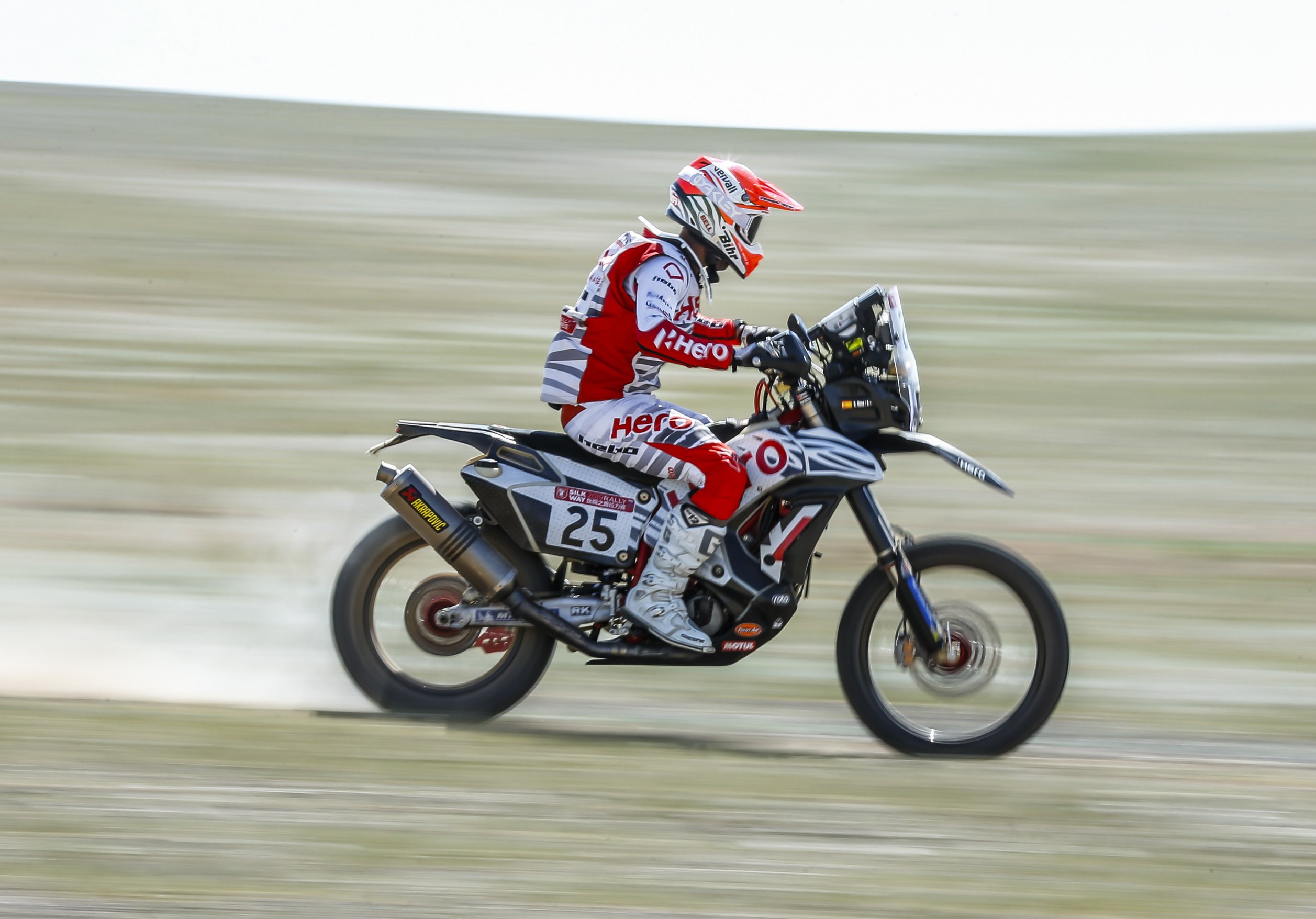 Dalanzadgad, Mongolia: The sixth stage of the Silkway Rally 2019 proved to be a special one for Hero MotoSports Team Rally, as the team achieved its first ever stage victory in the FIM World Championship. Rider Oriol Mena claimed the win and consequently reached the second position in the overall rankings.

Hero MotoSports team has continued its impressive this season and is looking at yet another notable finish, close on the heels of its podium finish at the Merzouga Rally.

The sixth stage of the Silkway Rally threw everything at the riders during the stage—from rain, thunderstorm, lightning to searing heat. Oriol, however, successfully tackled the weather gods on a superfast stage on wide steppe roads. This was the last run for the riders in the Mongolian terrains before moving to China.

For the second team rider, Paulo Goncalves, it was not the day he wanted, as he had to forfeit the stage due to a technical snag in the motorcycle. Overall, a day of mixed fortunes for the team, as it needs to work towards getting Paulo back into the race in the last three stages in China.

An excited Oriol Mena later said: “I am super happy to win the first-ever stage the team. Now I am in the second position in the overall rankings, which is amazing. I am keeping my fingers crossed and my focus on maintaining the same performance for the last three stages as well.”

Paulo Goncalves said: “Not a good end to my Mongolian leg as I could not finish today’s stage due to a mechanical issue with my bike. But these kinds of things happen in rally so it’s ok and I am looking ahead now to the three days of racing in China. I will try to make the best of the remaining stages and achieve a good finish for the team.”

Provisional Rankings of the Stage 6

*DNF (Did Not Finish) – Paulo Goncalves of Hero MotoSports

Overall Rankings at the end of the Stage 6

Mena, Goncalves finish on the podium in Stage 2 of Silkway Rally