Mental health being important, resource like Paddy Upton will be helpful: Dravid 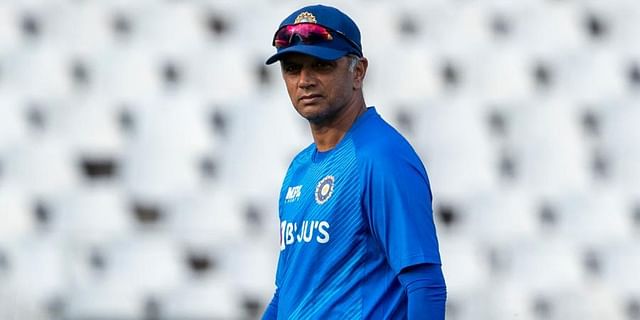 Port of Spain: Paddy Upton’s vast reservoir of knowledge will be an immensely useful “resource” at a time when the mental health of cricketers is becoming paramount in a choc-a-bloc international cricket calender, feels India head coach Rahul Dravid.

Upton, who had four fruitful years from 2008 to 2011 under Gary Kirsten is back at Dravid’s insistence and will now help the elite Indian players cope with the pressure cooker scenario going into T20 World Cup in Australia.

“With so much cricket being played mental health side of cricket is very important and having a resource like him (Upton) will really be helpful to the group,” Dravid told BCCI.

Tv.Dravid also feels that Upton’s familiarity with Indian cricket set-up will prove to be helpful.

“Travelling as players in international cricket, we do understand the mental side of the game and we are lucky to get someone like Paddy on board because he has that experience of being with Indian team during 2011 World Cup and even a little before that. Most importantly he (Upton) is familiar with most Indian players having worked with them at IPL level or in the Indian team.”

“He is familiar with our culture and how the Indian team functions. (It) seemed like a really good fit for us, to tap into his knowledge as we look to build the team for the World Cup,” added Dravid.

My role is to create an environment for players to grow. Upton, who has had his own unique people skills to deal with individual players wants to be seen as a facilitator of optimum performance level from players in top-flight competition.

“Everybody has a natural motivational flow and part of my role is to help individuals find that natural motivation flow and for that we need to set up an environment that allows people to be themselves and to flourish,” Upton said.

To prove his point, he gave an analogy of how a gardener needs to create a fertile land to grow beautiful flowers.

“If I give a simple analogy is to grow beautiful flowers, the gardener needs to create a fertile land. As coaches, our role is to create a fertile environment which helps our players to naturally grow and reach their fullest potential on and off the field,” added Upton.

According to Upton, if the team is in great mental space, performances will naturally flow in.

“If the team is in great space performances are naturally going to flow. What we need to do is remove obstacles in those performances, individually and from team perspectives,” added Upton.

“Mental side of the game hasn’t changed a lot but what has changed is Covid experience and lot of players have been on road lot of the times, so there is an extra element of trying to get each individual player as well as the team as a whole in best space possible.

Dravid and I are talking about cricket, life and spirituality since ’96. Upton first met Dravid in 1996 when Strength and Conditioning coaches weren’t in vogue and on his first tour of South Africa, he wanted to pick the former’s brain.

“He (Dravid) has always been someone with such a hunger to learn, not just around game of cricket because he is a professor when it comes to game of cricket but about life and everything beyond cricket. We have been in conversation about life, cricket, spirituality since 1996. We picked up again when we joined the Indian team in 2008 with Gary Kirsten.”

“So I have been in these conversations for a long time and super exciting to have those conversations every day and hopefully it goes towards setting up this Indian team for an unbelievable T20 World Cup,” Upton signed off.