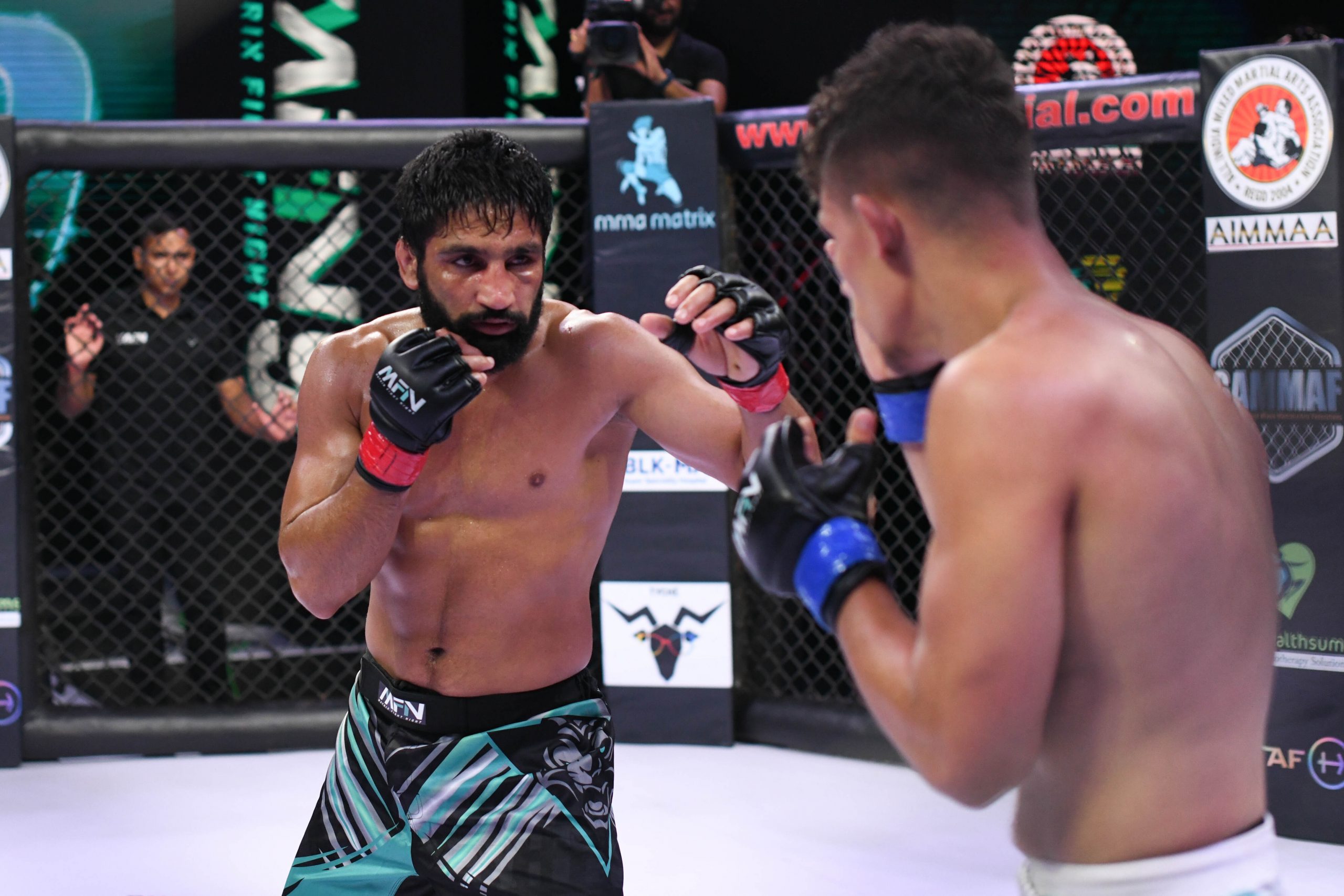 In the Main Event of MFN 9, Sanjeet Budhwar took down Dorde Stojanovic (Catchweight) by unanimous decision. Dorde completely dominated the first round. He was able to get on top of Sanjeet in the opening of the minutes and carry out a few punches.The Serbian tried to execute a neck lock, but Sanjeet managed to hold on.

Dorde continued to be the aggressor in the second round. He tried to get a hold of Sanjeet’s legs a couple of times and executed some punches. However, in the last minute of the second round, the Indian gained some momentum and carried out a neck lock, but the Serbian survived the challenge as the match went into the third round.

Sanjeet and Dorde played out an evenly-fought contest in the opening minutes of the final round before the Indian gained the upper hand and carried out multiple punches until the end of the match.

“It was an incredible fight. Dorde fought very well and we kept fighting toe-to-toe till the end of the third round. This is a really big moment for me. I am very proud of winning the Main Event at MFN 9 and I hope to keep winning big competitions in the future. I will certainly train harder and fight even better next time,” said Sanjeet after his big victory.

In the Super Fight event, Seth Rosario defeated the Afghani Zahoor Shah (Catchweight category). The Afghan attacked Seth’s neck and legs and put the Indian in a very uncomfortable position in the first round. However, Seth fought back by catching his opponent’s legs. Moments later, the Indian got on top of Zahoor and carried out multiple punches to win the match via TKO in 4 minutes and 36 seconds.

Srikant Sekhar defeated Sumit Khade by submission in the Lightweight category. Srikant gained the upper hand in the first round as he got on top of his opponent and carried out multiple punches in the first round. Sumit tried to up the ante in the second round, but Srikant executed the top mount position yet again and carried out the neck lock, forcing his opponent to tap out.

Speaking of the show, Director of Operations, Alan Fenandes said, “The intensity was really high throughout the show. We saw a lot of fights which went to Round 3. There was a lot of talent on display in MFN 9, which only shows the growth of the platform. We can only get better from here.”