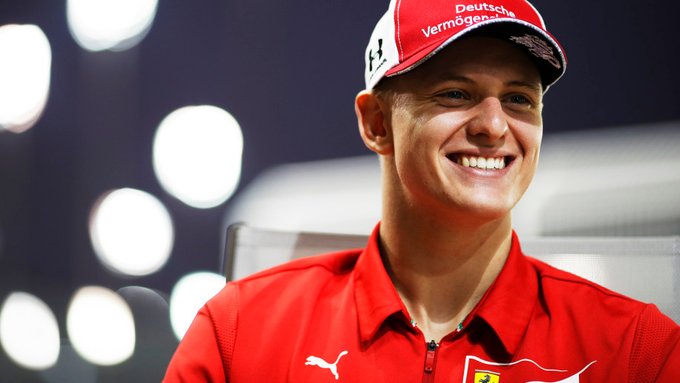 Mick is a member of the Ferrari Driver Academy (FDA), and is currently leading the F2 championship with just two rounds to go at Bahrain in November and December.

The 21-year-old has already driven contemporary Formula 1 machinery, having got behind the wheel of the Ferrari SF90 at a test at Bahrain last year, and he has also driven several of his father’s former cars, including the Ferrari F2004 at Mugello earlier this month.

But now he is set to take part in an F1 race weekend for the first time at the Eifel Grand Prix, where he will drive Alfa Romeo’s C39 car in the first practice session.

Schumacher’s fellow FDA drivers Callum Ilott and Robert Shwartzman will also make their Grand Prix weekend debuts this year, with Ilott driving Haas’s car in FP1 at the Nurburgring, while Shwartzman will get his chance at the final Friday of the 2020 championship in Abu Dhabi.

Honda to leave Formula 1 at the end of 2021 season