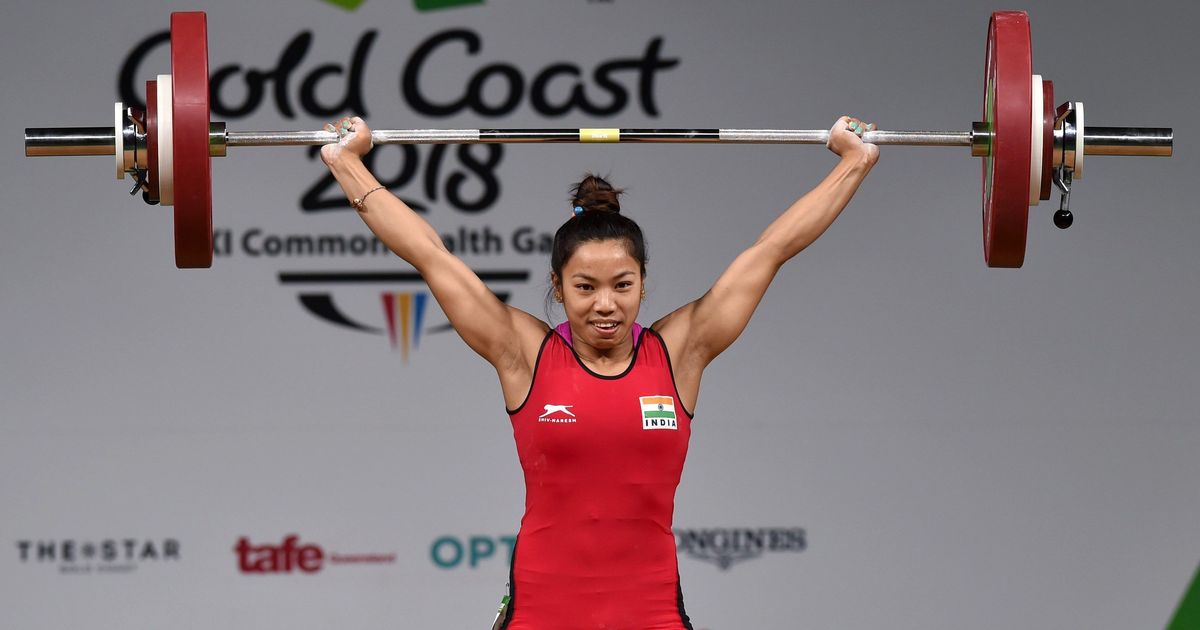 It will not be surprising if Mirabai Chanu stands atop the podium at the Commonwealth Games after winning the gold medal. After all, she enters Birmingham as the title favourite.

Chanu’s legend has grown since the last edition of the Commonwealth Games as she has added an Olympic silver, an Asian Championship bronze, and a world record to her kitty. She says she will be her real competitor in Birmingham.

The former world champion also wants to breach the much-anticipated 90kg mark in the snatch section which she confesses has become somewhat of a mental block. “Yes (it has become a mental block). We have planned to lift 91kg or 92kg at the Commonwealth Games. Hopefully, it will happen.”

But lifting close to twice one’s body weight is easier said than done, especially when Chanu still struggles with a shoulder imbalance. Earlier this month, she failed to improve her snatch lift, unable to hoist 89kg twice at a domestic event due to her back. “My back became stiff (tight) two-three days before going. The journey to Nagrota was also five hours. We went from Patiala to Chandigarh a day before the tournament, then took a flight from Chandigarh, which was also late. So the back became tighter.”

Aware of her weakness in snatch, Chanu has worked on tweaking her technique.

“I haven’t gone above 88kg. That is the weight I have set. But training-wise right now I am better placed than I was at the Olympics. To lift 90kg in a competition, we set the weight between 80-90kg which we lift consistently every day. It’s not like we lift 90kg every day,” she explains.

Her personal best of 88kg is 8kg less than Tokyo gold medallist Hou Zhihui’s world record lift of 96kg. “I have changed my snatch technique. In snatch, while rising, the toes, back and shoulder should be in a line. The back and shoulders are very important they need to move fast. Earlier my movement was not synchronised. Now I have changed it.”

Chanu says she feels compelled to compensate for her frailty in snatch by lifting more in clean and jerk. “Yes, I feel if not one, then in the other I have to improve. To reach 96kg, it will take some time and it will be a little difficult for me. 93kg-94kg I can reach. If I perform well in clean and jerk I can get the same total (as the Chinese) or even more.”

Chanu, who will be vying for her third Commonwealth Games medal, will once again be wearing her gold earrings shaped like Olympic rings which she wore at the Tokyo Games. The earring was a gift from her mother, who had sold her own jewellery ahead of the Rio Games in hope that it would bring her daughter luck. And luck it brought.

“I will wear those earrings at the Commonwealth Games. They brought me luck in Tokyo,” Chanu said with a grin.

After she won the silver at Tokyo Games, Chanu felicitated the truck drivers who used to give her free rides to her training academy in Imphal, which was about 30km away from her village. “I found all the truck drivers and because of coronavirus, they were all sitting at home. They were really happy. I saw them and I thought of those days when they used to keep blowing their truck horns and I would run to get a lift. When I reflect, I remember all the difficulties I had to go through to reach here. But what to do, life is a cycle, kabhi upar kabhi neeche (sometimes high, sometimes low).”

TheAsian Gamesnow remains the only big ticket-event in which Chanu is yet to stamp her authority. Chanu missed the last edition due to a back injury, and the wait for a medal at the continental event has increased as this year’s Asiad has been postponed indefinitely.

“Asian Gamesis the only medal left. Now I want that. On the one hand, it’s good that it has been postponed. On the other hand, it will now be held closer to the Olympics. I have got time for training. But now it will be held alongside other Olympic qualifiers which means I will have to compete throughout that period.”