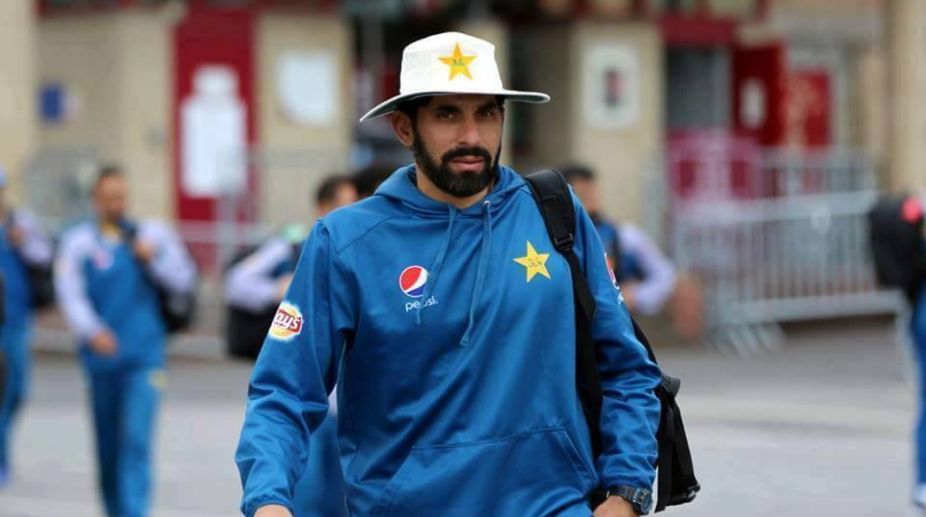 Beleaguered Pakistan head coach Misbah-ul-Haq on Wednesday admitted that the 0-3 thrashing at the hands of a back-up England team in the ODIs has unsettled the team and left him “very worried”.

Pakistan was whitewashed in the three-match series with the biggest blow coming on Tuesday when it lost after scoring 331.

“We were satisfied that we were on the right track after doing well in the recent series but this series has unsettled us. It looks like we are standing from where we started but we have to find a way to move forward,” Misbah told a virtual press conference.

“I don’t know why the team was totally off-color in this series and lost its momentum but it is a very worrying sign for me as head coach.

“How can one defend such a performance. No one can defend our performance and I think as a team we are all responsible be it the players, coaches, or support staff,” he stated.

England announced an overhauled 16-member squad for the series after Covid-19 cases in its original squad forced the players into quarantine.

“We just couldn’t handle the conditions in the first two matches and in the third match we had a total we should have defended but overall it is very disappointing from a bowling point of view and especially our fielding standards. We dropped simple chances,” Misbah rued.

The head coach conceded that the series results showed that while England had the luxury of strong bench strength, Pakistan lacked in this area.

“First of all England has a great back up and the luxury of a strong pool of players we don’t have. England had choices for this series and we have limitations at certain positions especially in the middle order spaces where no one has settled down for a while.”

Misbah said this was one reason why Pakistani selectors and management were ready to try players based on performances from the Pakistan Super League or on the basis of one or two matches.

He said it was not an ideal situation to be in but the process to build a pool of reliable players was on.

Misbah also defended the performance of his team insisting this same outfit had done well in recent series.

“I don’t understand but we just lost our momentum coming into this series. But I believe we can definitely compete against the top four teams and we have done well in the past against South Africa at home and away.”

He also felt that blaming players or coaches for the poor results was expected but if plans are not executed by a team on the field everyone is responsible.

He admitted that the bowling was disappointing and bowlers didn’t bowl to lengths and plans given to them.

To a question Misbah insisted that there was no favoritism in the team by the coaches and every player played on merit and according to team requirement and match conditions.

“We don’t do favors with any player…this debate goes on…we play a combination which is best and also look at our bench strength. No matter what people think, no one wants to not do well in a match.”

He also defended the continued selection of non performing all-rounders, Shahdab Khan and Faheem Ashraf insisting they brought balance to the side.

Misbah said the below strength England side had beaten Pakistan purely because of its players” discipline.

Asked if he felt the long quarantine and isolation had affected the players performances, Misbah said it could be a reason but he wouldn’t give this as an excuse for the poor performances of the team.