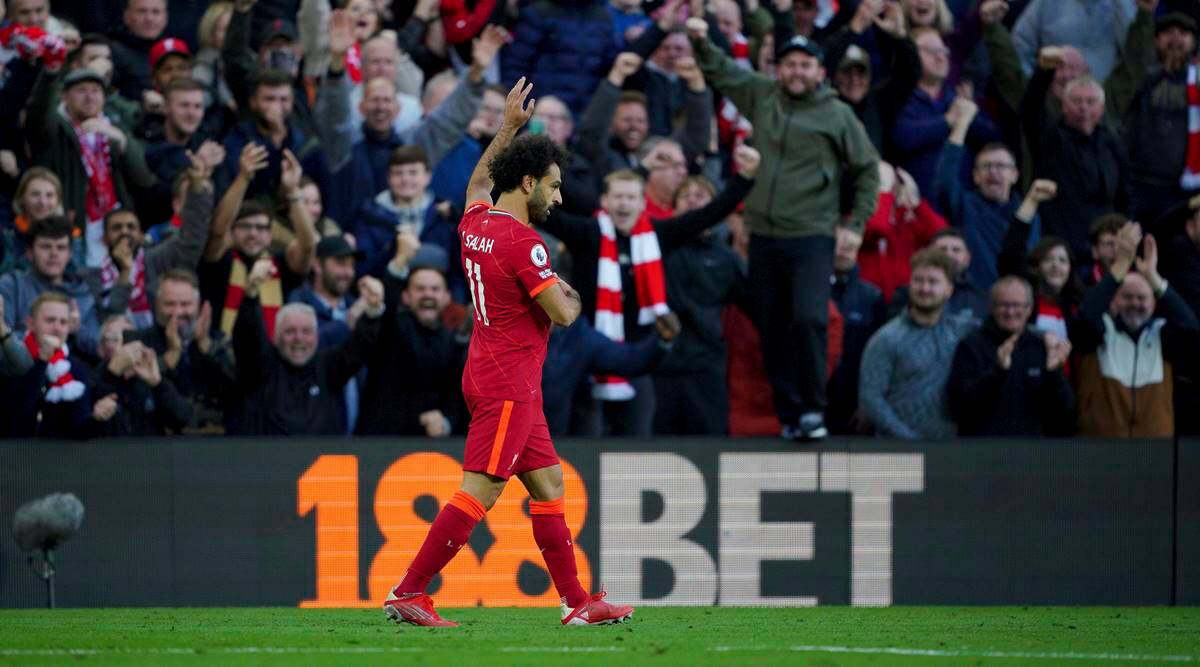 New Delhi: Mohamed Salah set up Sadio Mane’s 100th Premier League goal and scored a brilliant goal of his own, while Roberto Firmino bagged a hat-trick as Liverpool reclaimed top spot with a 5-0 win over Watford in Claudio Ranieri’s first game in charge.

The visitors took the lead in the ninth minute when Liverpool won a Watford kickout, and Mohamed Salah played a sublime pass to Mane with the outside of his left boot for the Senegalese striker to notch his Premier League century.

Mane then picked out James Milner on an overlapping run and he drove a perfect ball across the goal for Firmino to steer home from close range in the 37th minute to put the Reds 2-0 up at halftime.Firmino added his second seven minutes after the break, pouncing on a defensive mistake to poke home, before Salah stole the headlines two minutes later with an outrageous display of close control, outwitting three defenders in a tight space before curling the ball into the net.

Ranieri, who took over as Watford boss on Oct. 4 following the sacking of Xisco Munoz, was left in no doubt about the size of the task he faces as Watford came up woefully short, and Firmino added his third in second-half stoppage time.

The win lifts Liverpool back to the Premier League summit on 18 points, two ahead of Chelsea who can retake the lead if they beat Brentford in Saturday’s late game. Watford are 15th on seven points.