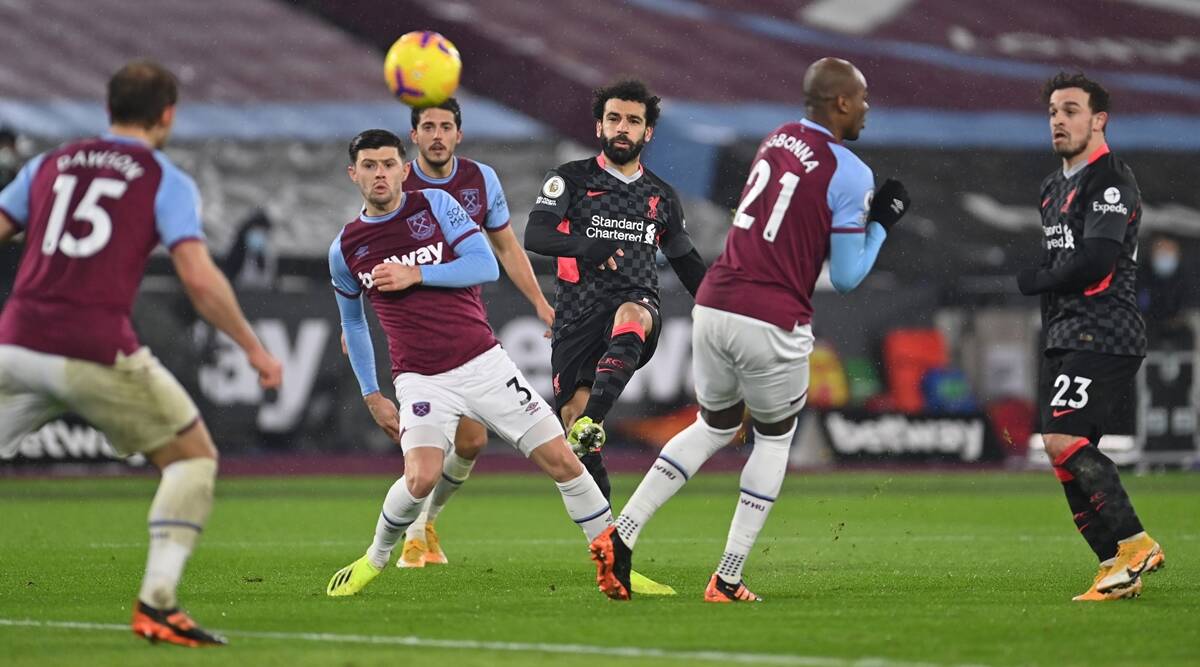 Chelsea’s new manager Thomas Tuchel enjoyed his first victory as his side eased to a 2-0 win at home to Burnley.

For the second time in four days Liverpool enjoyed a visit to the capital as they followed Thursday’s 3-1 win over Tottenham Hotspur with another dominant display.

After five league games without a win had considerably weakened Liverpool’s grip on their title, they are suddenly ticking over again and with Manchester City visiting Anfield next weekend their hopes of defending their crown are intact.

“We spoke a lot in the last few weeks, as you can imagine,” Klopp said. “These boys are a really good group. They are not happy with not being successful.

“They always have the right attitude. But they need the right information as well. Now we have a found a way again to be uncomfortable for other teams.”

Salah, who had not registered in the league since December, scored two majestic goals after the break before Gini Wijnaldum added a third. Craig Dawson’s late goal was little consolation for West Ham whose four-game winning league run ended abruptly.

Leeds United have been hit or miss this season but were in the groove as they beat Leicester City 3-1 away despite going behind to a Harvey Barnes goal.

Patrick Bamford scored one and created two for Leeds to end Leicester’s seven-match unbeaten run, denying Brendan Rodgers’ side a move up to second in the Premier League.

“We were cheap with the ball today and then we give away disappointing goals, from our perspective,” Rodgers said.

Tottenham became the first side to lose at Brighton and Hove Albion in the league this season as they went down 1-0.

It was a dreadfully disappointing display by Jose Mourinho’s side who rarely looked like avoiding defeat after Leandro Trossard put the hosts ahead in the 17th minute.

Seventeenth-placed Brighton’s win was dreadful news for the bottom three clubs as they are put seven points between themselves and the relegation zone.

Tottenham remain in sixth place but after leading the table in December they are now 11 points adrift of Manchester City and six points off the top four.

“Not good in the first half, better in the second. We didn’t start well, we started with some mistakes that led to a ball that hit the post and then the goal,” Mourinho said.

Chelsea moved up to seventh as goals by Spanish defenders Cesar Azpilicueta and Marcos Alonso were enough to beat Burnley.

“Well the performance itself, for me it was very complete, both defensively and offensively,” Tuchel said.