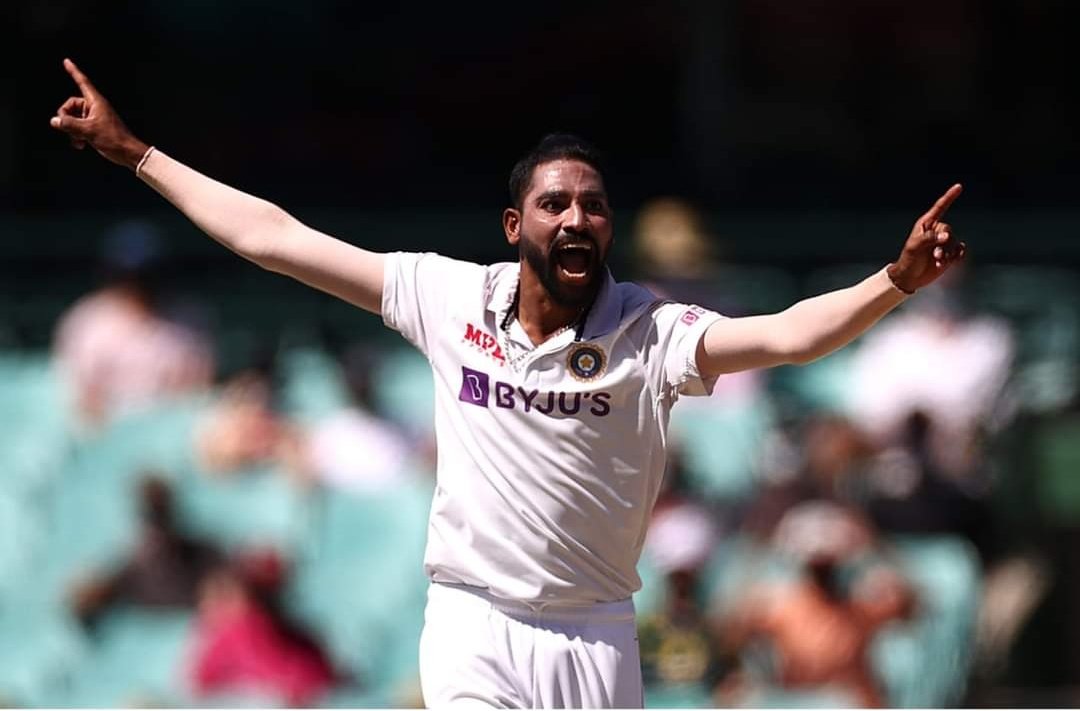 Harbhajan also says young opener Shubman Gill must get back to his groove after a cheap run against England and in the IPL at home since a good start is paramount in seam and swing friendly conditions in England.

Asked about his preferred team combination for the final, Harbhajan gave his reason why he feels Siraj can pip Ishant for a place in the final XI.

“If I was the captain, I would go with three pure fast bowlers. In that case, Jasprit Bumrah and Mohammed Shami pick themselves. In this final, I would like to go with Mohammed Siraj ahead of Ishant Sharma,” Harbhajan told PTI on Thursday.

“Ishant is a brilliant bowler but for this game, my choice is Siraj, who has shown remarkable improvement in the last two years.”

For Harbhajan, a player’s current form should always be taken into account and that’s where Siraj, whose five-wicket haul in Brisbane was crucial in India’s series win, should get a look-in.

“You have to look at present scenario. Siraj’s form, pace and confidence makes him a better choice for this final match. The kind of form he is in last six months, he looks like a bowler who is hungry for his chances. Ishant has gone through some injuries of late but has been a great servant of Indian cricket no doubt,” the off-spinner said.

“If you leave some grass on the surface, Siraj with his pace will be lethal. Trust me, New Zealand batters won’t find him easy as he not only hits the deck but also gets to move the ball off the pitch at brisk pace. He can create awkward angles for batsmen,” India’s third highest wicket-taker in Test cricket observed.

What has impressed Harbhajan most is the this year’s IPL where Siraj troubled Andre Russell during a Kolkata Knight Riders versus Royal Challengers Bangalore game.

“I saw him during 2019 when Russell blasted him to all corners of the ground. This year I saw him bowl some really accurate yorkers and consistently hitting the right spot ball after ball. The pace has also increased.

“Russell was beaten for pace during a couple of deliveries. It’s the confidence that he gained by playing for India. He would look into batsmen’s eyes and batters are on back-foot.”

On Gill, Harbhajan believes that the talented Punjab lad would have certainly worked on his flaws and hoped he would come out all guns blazing during the next three months in England.

“A good first innings score of 375 to 400 will set up the match nicely for Indian pace attack. But for that Gill needs to bat well. Rohit has had enormous white ball success in England during World Cup and he is an experienced hand.

“You don’t want a situation where Virat Kohli and Cheteshwar Pujara are every time walking in at 15 for 2. You should also give a start which allows them to build and consolidate.”

The cold conditions in Southampton might not be too conducive for spinners with the pitch expected to remain solid throughout the course but Harbhajan feels that two spinners in five-man attack is the way forward if Hardik Pandya is not there.

“You play two spinners when the climate is on the hotter side. The cracks will appear and they will both be effective. If it remains on the cooler side, the pitch which comprises mainly of black soil won’t break.”

“They can take a final call factoring in the weather just before the game and also taking the five-day forecast into the account. I don’t see a case for four pacers with no Hardik Pandya in the set-up. You can only play four pacers if the pitch can’t be distinguished from the outfield,” he explained.

The veteran of 103 Tests believes that Ravindra Jadeja’s batting skills and spin ability makes him an automatic choice for number seven.

“If you look at Jaddu’s batting performances in England, it’s as good as anyone. He has multiple half centuries and he is top class bowling operator. The moment you don’t have Hardik to lend balance, Jaddu automatically fits,” he said.

Also the fact that two spinners will give Kohli a chance to rotate the fast bowlers for effective short bursts.