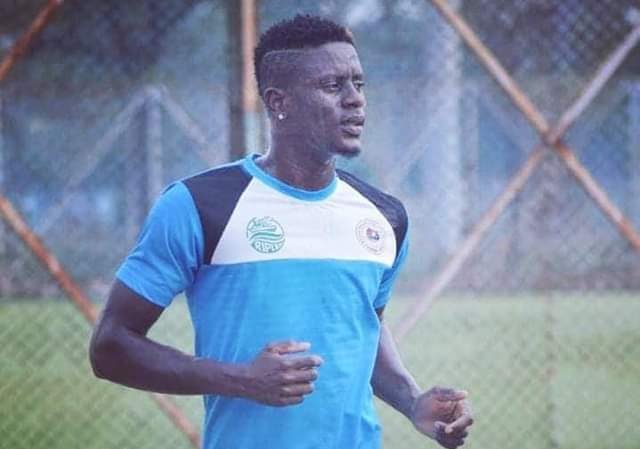 Kolkata: Defender Eze Kingsley Obumneme is the first footballer to be signed by Mohammedan Sporting Club (MSC) in their attempt to qualify for the I-League’s first division.

The Nigerian, who was unveiled at the club tent in Maidan on Tuesday, has earlier played in Kolkata for Mohun Bagan and was part of Aizawl FC’s I-League winning campaign in 2016-17. He played for Punjab FC in the I-League last season.

MSC extended the contracts of Priyant Singh, Tirthankar Sarkar, Hira Mondal, Sujit Sadhu, Shafiul Rahman, Firoj Ali, Sujoy Dutta and Arijit Singh and are seeking qualification to the I-League after years of wilderness in the second division of the tournament.

They aim to win a qualifying tournament, involving second division clubs, later this year to get entry into the first division of the I-League.

Their immediate task is to assemble a formidable squad fit enough to secure qualification for the I-League.

They are reported to have approached several Mohun Bagan and East Bengal players for the upcoming season and are in advanced talks with Japanese midfielder Katsumi Yusa and Sengalese striker Papa Diawara, both formerly of Bagan.

MSC are also planning to retain some essential members of their team, notably left-footed medio Tirthankar Sarkar, and have reportedly seeking the services of defender Arijit Bagui and midfielder Sk Faiaz, both having been deemed surplus to requirements of the merged ATK-Mohun Bagan team.

“We want to build a balanced squad for the upcoming season. We plan to hold on to the players who have performed well in the last season and then sign new players. Our primary goal is to qualify for the I-League and we are building a squad with that target,” Biswas, who is also the Technical Director of the team, said.

Mohammedan are also in talks with several corporate companies to fund their campaign for the next season.