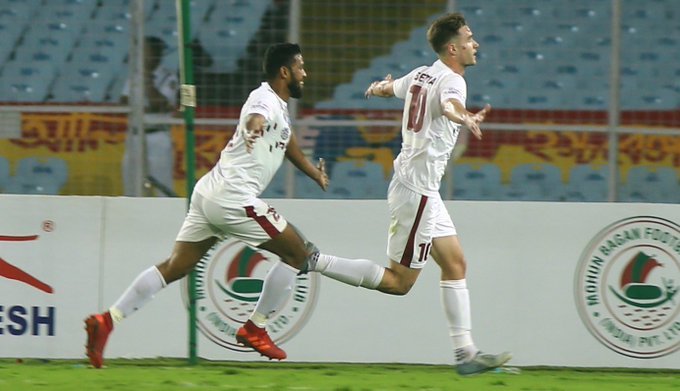 Kolkata: Set to join the Indian Super League bandwagon from the next season, Mohun Bagan prevailed 2-1 against arch-rivals East Bengal in an emotional I-League derby here on Sunday.

Joseba Beitia (18th) and Baba Dawara (65th) struck on either side of the break as Mohun Bagan put up a solid display both in the attack and defence to grab three points, consolidating their position atop the table.

A lacklustre East Bengal reduced the margin through Marcos Jimenez (72nd). They were unlucky when Juan Mera’s 30-yard shot bounced off the crosspiece as they suffered third defeat in row to be on eight points from seven matches.

With Mohun Bagan announcing their merger with two-time ISL champions ATK, this was the penultimate derby in the I-League era. 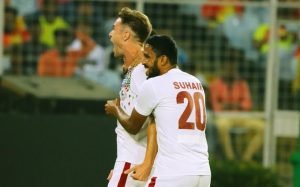 And Mohun Bagan made it special, winning their first derby since January 21, 2018 — a 2-0 win in I-League. Since then Mohun Bagan had failed to win from from four matches, including two in I-League.

There was a massive turnout with 63,756 fans attending the match.

Crowds poured in hours before the start, holding placards and chanting the team slogans, making it a festive atmosphere at the iconic venue which will host the final I-league derby on March 15.