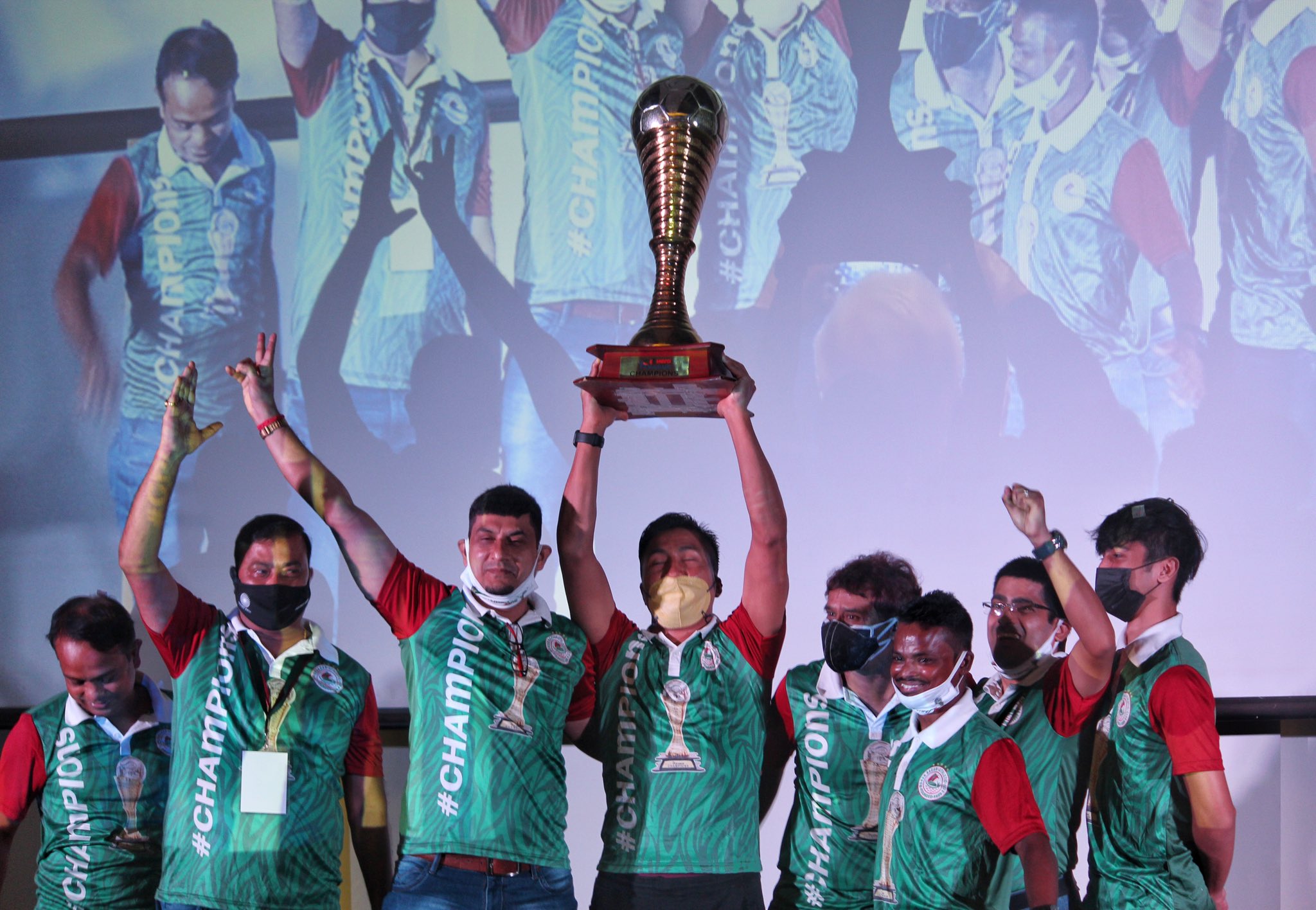 Kolkata: They had to wait seven months for the COVID-19 pandemic. But it was worth in gold as champions Mohun Bagan marked receiving the I-League trophy with much pomp and splendour.

Maintaining all coronavirus-induced safety protocols, the grand celebration kicked off at a plus Kolkata hotel, next to the Salt Lake Stadium. Before the trophy handover, a traditional flag hoisting ceremony was observed at the club tent at Maidan.

“The football Mohun Bagan presented us in this season was exceptional. Since the starting of the season they played with the authority and conviction. On behalf of the All India Football Federation I would like to congratulate entire Mohun Bagan family,” Mr. Dhar said, after handing over the trophy to captain Dhanachandra Singh.

The trophy was handed over to the players, coaches and officials present in the city and the programme was streamed on the club’s Facebook page. Coach Kibu Vicuna’s deputy Ranjan Chowdhury was present at the event.

“I’m very happy to be with you on this special day to celebrate our I-League triumph. Finally the moment has come but unfortunately, I could not attend because of the pandemic,” Vicuna, who has since become ISL side Kerala Blasters’ head coach, said in a video message.

The trophy was then paraded around the city, which caused chaotic scenes with supporters going wild with happiness often the cost of physical distancing and safety guidelines. The procession culminated at the club tent.

The I-League, which Bagan won for the second time, will be on display from November 2 to 5 at the club premises for members and supporters.

Kolkata’s landmark Howrah Bridge will be illuminated with the distinguishable green and maroon colours on Sunday and Monday to mark the club’s triumph.

Vicuna-coached Mohun Bagan took an unassailable lead on March 10 with a 1-0 win over Aizawl FC. The All India Football Federation (AIFF) declared them winners when the COVID-19 pandemic halted all sporting activities in the later part of March.

The Green and Maroons will be playing in the 2020-21 Indian Super League (ISL) after tying up with ATK. The team would henceforth be called ATK Mohun Bagan.