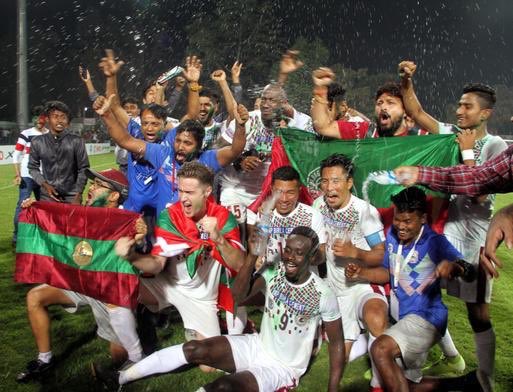 Kolkata: Mohun Bagan will receive their eagerly-awaited I-League trophy on October 17 at its club premises.

The club tent in Maidan remains closed since the COVID-19 spread in India in March, Bagan announced after its executive committee met on Wednesday.

Mohun Bagan will open their club premises on October 16 and will receive the trophy maintaining all necessary coronavirus protocols the next day.

All sporting activities stopped due to the pandemic and the All India Football Federation (AIFF) couldn’t present them the trophy.

The club has also written a letter was sent I-League CEO Sunando Dhar who has confirmed that AIFF secretary Kushal Das would handover the trophy personally.

Mohun Bagan will play in the top-tier Indian Super League (ISL) as ATK Mohun Bagan from next season.