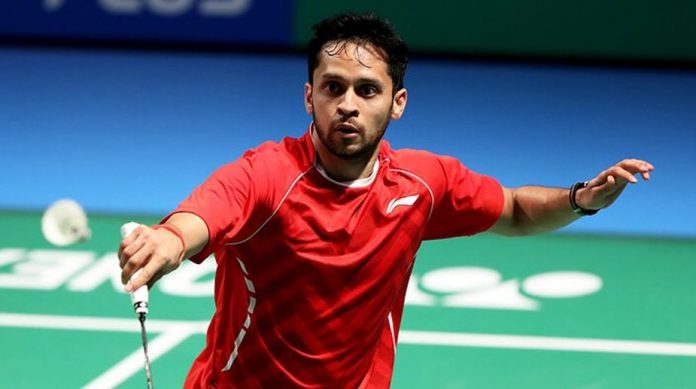 Incheon: Indian shuttler Parupalli Kashyap’s impressive run at the Korea Open Super 500 tournament came to an end after he lost to world number 1 Kento Momota of Japan in the men’s singles semifinals here on Saturday.

The 2014 Commonwealth Games gold-medallist, who was promoted from the qualifying round, had last played Momota four years ago at the Indonesia Open. Kashyap had a 0-2 record against the Japanese prior to Saturday’s encounter.

The 33-year-old from Hyderabad, who had reached the finals at Canada Open this year, showed the intent to hang in the rallies as the duo played a lot of tosses and lifts.

However, Kashyap had no answers to Momota’s precision as the Japanese opened up a 9-5 lead early on. A deceptive return and a body smash gave the Indian a couple of points before the Japanese entered the break with a four-point advantage after a long rally.

Kashyap didn’t take enough initiative and often hit wide and long to end the energy-sapping rallies. It acted in Momota’s favour as he continued to accumulate points, reaching 18-10.

The Japanese committed an uncharacteristic unforced error and soon Kashyap added two more points but unforced errors, including a wide shot, gave Momota a comfortable 20-13 lead and he sealed it when Kashyap went wide again.

In the second game, the rallies became faster as Momota produced angled returns to put Kashyap out of position and then unleashed his precise strokes.

The left-handed Momota soon worked up a lead of 7-2 with Kashyap missing the line far too many times.

Kashyap slowly started putting pressure on Momota and gathered five straight points but the Japanese managed to held on to a 11-7 lead at the breather.

The Indian unleashed a couple of smashes on Momota’s forehand to slowly narrow the lead to 11-12. A superb net stroke brought Kashyap to level par but he then hit the nets and send one long as the Japanese again surged ahead.

Momota soon made it 19-13 and grabbed six match points with a cross court smash. Kashyap saved one before the Japanese unleashed another accurate return to seal his place in the summit clash.