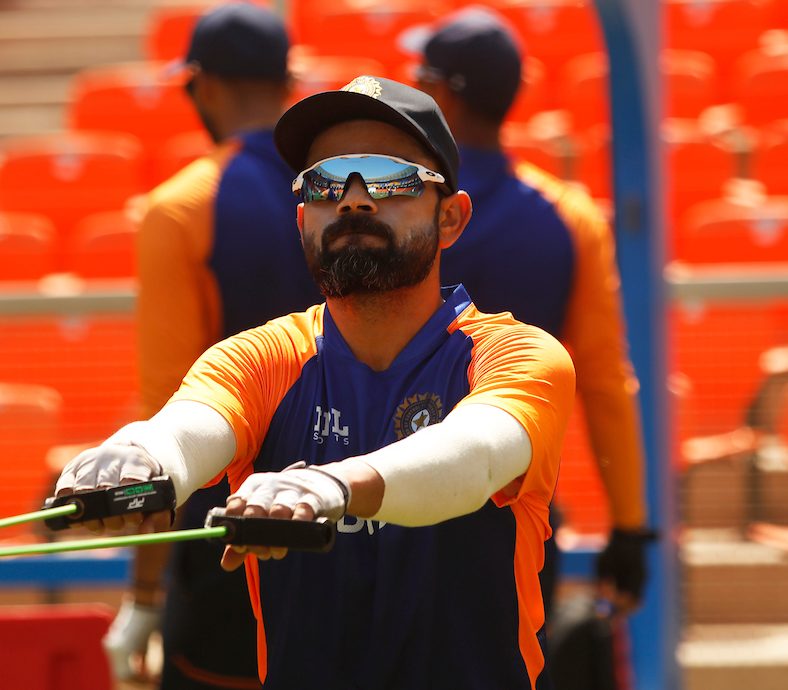 Ahmedabad: With Ahmedabad’s Motera stadium set to host India’s second day-night Test, against England, here from Wednesday, all eyes will be on Sanspareils Greenlands (SG) pink ball that will be used in Test cricket for only the second time.

This will also be India’s third Test match with the pink ball, having played one in India with SG ball and another in Australia in December last year with the Kookaburra ball.

The previous and the only Test played in India with pink ball was played in November, 2019, between India and Bangladesh with the match lasting just over two days which was too small a sample size to determine the behaviour of SG ball.

Of the three manufacturers using Test cricket balls — Dukes, made in England, is the third brand — India alone uses SG ball, though Bangladesh has used it sometimes.

The most popular brand of balls across the world remains Kookaburra, which is used in seven countries — Australia, South Africa, Pakistan, Sri Lanka, New Zealand, South Africa, Zimbabwe, and Bangladesh.

Since the outer seam of Kookaburra is machine stitched, it dies down making it difficult for spinners to grip the ball.

Unlike Kookaburra, the outer seam of the SG ball, like its inner seam, is hand-stitched and is pronounced that allows the spinners to grip the ball easily. Its seam lasts long.

The Dukes ball is also pretty similar to SG as its seam is pronounced as well. It is, however, used only in England, West Indies, and Ireland.

There is however, difference in colour of the balls. The Dukes is dark red, sometimes close to black. It moves a lot more.

India skipper Kohli has, in the past, called for Dukes to be used for Test matches in India as he felt that it lasts longer.

Interestingly, an Indian businessman, Dilip Jajodia, owns the British Cricket Balls Limited, the company that manufactures Dukes. He bought the company in 1987.

However, the durability of the cricket ball also depends on the surface.

India’s abrasive surfaces, with there being no grass at all, are generally harsh on cricket balls.

Senior cricketers R Ashwin and Virat Kohli during and after the recent first Test against England, played in Chennai, complained about SG’s red ball losing its seam but it seems that the pitch was to blame for it as the ball lasted well in the second Test.

“The seam of the ball held up pretty fine this game. The pitch was very hard the last game…hard, meaning hard. It was that hard. That is why it [ball’s seam] seemed to wither away. This time it held pretty well,” said Ashwin after the second Test, which was also played at M.A. Chidambaram Stadium in Chennai.

India’s premier off-spinner, however, refused to comment on how the SG pink ball would behave in Ahmedabad.

“The last time we played Bangladesh, the Test got over in a couple of days. It was a very little sample size. We played just two days of pink ball Test in India. In all we played just two Test matches with pink. Too premature to talk. The challenges it brings, we will be able to embrace it and get on with it,” said Ashwin on India’s experience with the pink ball in Test cricket.