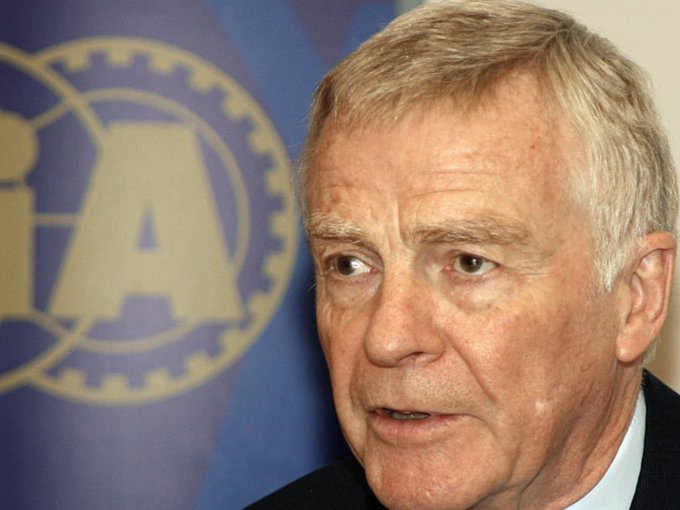 Mosley became FIA president in 1993 after serving in previous administrative roles in motorsport, including Formula One. He served three terms as president before standing down in 2009.

“Max was like family to me. We were like brothers. I am pleased in a way because he suffered for too long,” Ecclestone said.

Mosley, who had been suffering from cancer, experienced a family tragedy in 2009 when his son Alexander died aged 39. The coroner ruled Alexander’s death was due to non-dependent drug abuse.

His love for motor racing began in his youth and he was involved in Formula 2 for Brabham and Lotus before retiring in 1969.

He founded a car manufacturing company, March Engineering, and oversaw its legal and commercial affairs from 1969 to 1977.

Mosley became the official legal advisor to the Formula One Constructors’ Association (FOCA) in the mid-70s, and helped draw up a peace agreement between it and FISA, F1’s governing body at the time.

He became FISA president in 1991 and two years later took over unopposed at the FIA.

Mosley oversaw the safety reforms in the sport which followed the death of Ayrton Senna at the San Marino Grand Prix in 1994.

Jean Todt replaced him as FIA president in 2009. Since then, Mosley had campaigned for tougher regulation of the press.

The Williams Racing team were one of the first to pay tribute, tweeting from their official account: “We are saddened to learn of the passing of former FIA president, Max Mosley. Our condolences go out to his family and friends at this difficult time.”