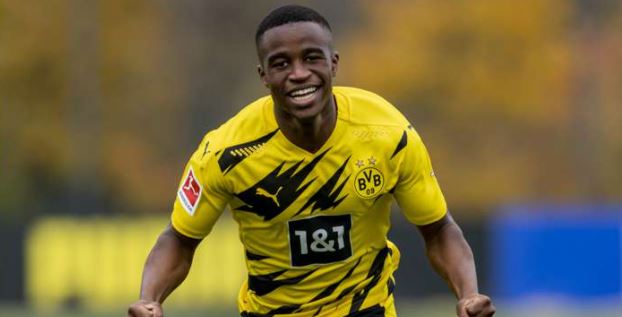 Berlin: Sixteen-year old Youssoufa Moukoko has become youngest-ever player in German football league Bundesliga history after he made his debut for Borussia Dortmund at Olympiastadion Berlin on Saturday.

Moukoko, a day after turning 16, came on for Erling Haaland for the final five minutes of die Schwarzgelben’s 5-2 victory at the Olympiastadion, replacing BVB legend Nuri Sahin as the Bundesliga’s youngest ever player. Sahin had been a month off his 17th birthday when his made his league debut for BVB against Wolfsburg in August 2005.

“I would love to play alongside him,” said Haaland at the final whistle in Berlin on Saturday as per the official Bundesliga website.

“I think he’s the biggest talent in the world right now. He’s 16 years and one day old, that’s amazing. He has a big career ahead of him. We’re lucky to have him,” he added.

With 141 goals in 88 youth games, including 13 in just four appearances for the club’s U19 side this season, the Cameroon-born striker was deemed ready for the pros, having been training with the senior squad full time since August this year.