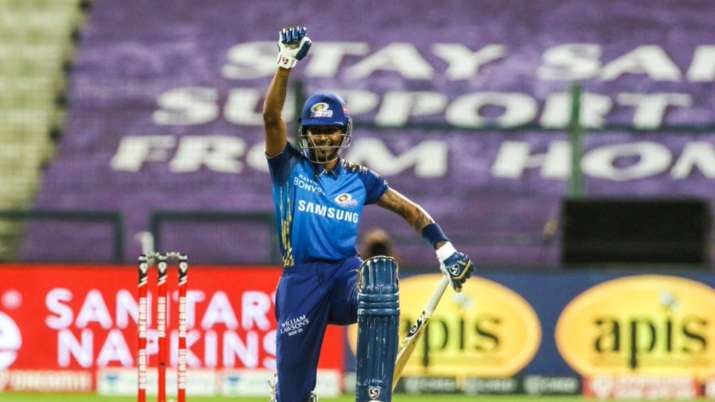 Mumbai: Mumbai Indians’ all-rounder Hardik Pandya reiterated on Monday that his team-mates were constantly motivating themselves by thinking about a hat-trick of Indian Premier League (IPL) titles after their title triumphs in 2019 and 2020.

“I think the team that we are a good enough team to win in all the conditions. We are going for the hat-trick. So, for us there is added motivation. I am sure all the other teams would be all geared up to make sure it does not happen,” the Mumbai Indians mainstay said in a video shared by the team on Twitter.

Speaking about the eventful period in his life from the day Mumbai Indians won the IPL 13 title in Dubai to getting back into the 1PL 14 bubble, Pandya said, “I really wanted to celebrate but I had to join the Indian team (in Australia for the series Down Under).”

All the Australia-bound players from Dubai immediately went into quarantine and were not part of the celebration.

“So, I actually celebrated alone in the room in Dubai, but I was on Face Time with (brother) Krunal [Pandya], Ishan [Kishan] and Surya [kumar Yadav].”

Pandya said that for him batting was more important in Australia as he was not bowling.

“It was very satisfying for me to go there to Australia and perform the way I did because I’ve always heard from people that Australia is one of the toughest places to tour and play matches.

“Besides, Australia was at their full strength. The way I played in Australia, I felt that all the hard work, which I did during the lockdown was just coming to light,” said Pandya.

Talking about the phase when he lost his father, Pandya said, “Our father taught us to live life happily — I’ve always seen him joyful, making sure people get happy. So for us, in a way, when he went, we celebrated his life, actually.

“After that I felt, it was important to get back into the team environment, so, at least, I could channelise all the strength which I have…during the Test matches (against England), I trained for the white-ball series. We won, what else I can ask for.”

Pandya said that he is missing the crowds in the current IPL season.

“Playing in India is fun but we will miss the crowds. But this is the best we can get. And, we can entertain all the fans and well-wishers through the television.”