Mumbai Indians to take on rejuvenated CSK in battle for supremacy 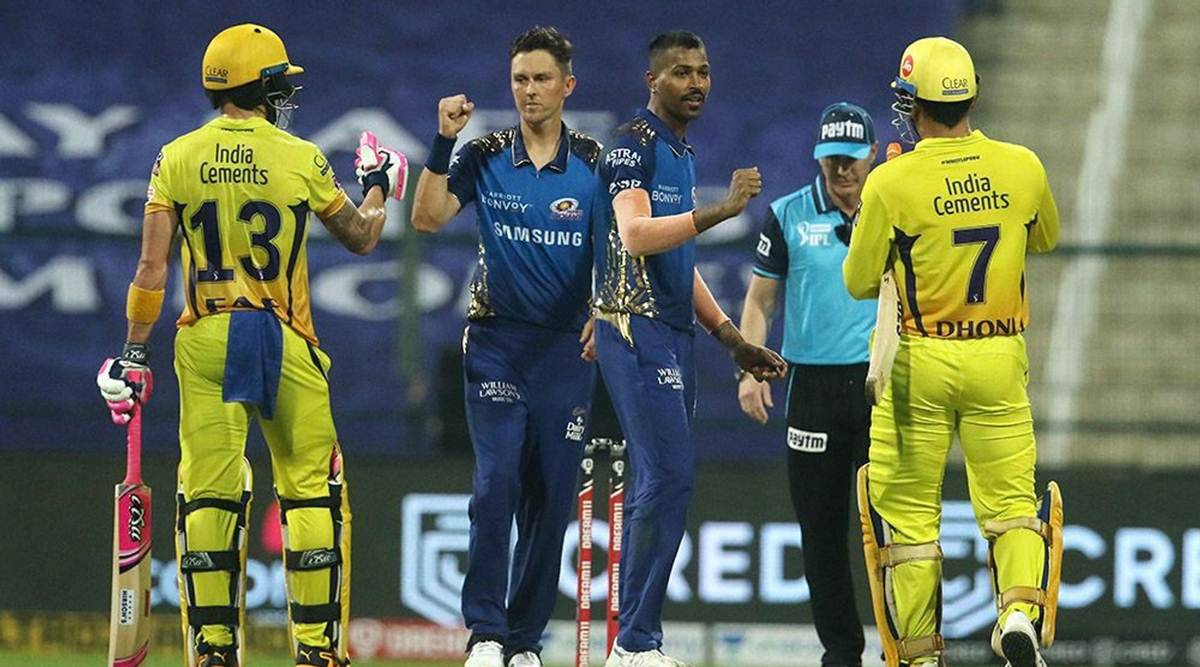 New Delhi: Rohit Sharma’s elegance and Suryakumar Yadav’s flamboyance will be pitted against the brute power of Faf du Plessis and grace of Ruturaj Gaikwad when heavyweights Mumbai Indians and Chennai Super Kings cross swords in the IPL here on Saturday.

MI and CSK head into the match after identical seven-wicket wins over Rajasthan Royals and Sunrisers Hyderabad respectively and both teams would be keen to continue their winning streak.

The biggest positive for Mumbai has been the return to form of opener Quinton de Kock (117 runs), who made a blistering, unbeaten 70 against Rajasthan here.

The faltering Mumbai middle-order also clicked in the previous game, on a comparatively easy batting track compared to the one at the Chepauk.

Suryakumar (170 runs) would need to convert his starts while Krunal Pandya (68 runs) played a useful cameo, which would have bolstered his confidence. He would be keen to take it forward from where he left.

Kieron Pollard (81 runs) also displayed his hard-hitting skills on Thursday and would be raring to go once again, and so would fellow all-rounder Hardik Pandya (36 runs).

Pacers Jasprit Bumrah and Trent Boult have been exceptional, particularly at the death, and would need to perform again to contain the in-form CSK batters.

Leggie Rahul Chahar, with 11 scalps, has been MI’s leading wicket-taker. He would, however, need support from Krunal and the seasoned off-spinner Jayant Yadav, who was a tad expensive in the last game.

It remains to be seen whether Mumbai persists with Nathan Coulter-Nile or get Ishan Kishan back in the playing XI, which could mean that Pollard would have to chip in with the ball if needed.

Meanwhile, table-toppers CSK have been a force to reckon with this season, having won five of their six games.

Openers du Plessis (270 runs) and Ruturaj (192 runs) have been in top form and would be keen to provide the team with another strong start.

Their middle-order has also been among runs. Moeen Ali (148 runs) has adjusted well to the role of pinch-hitter, while the presence of the ever-reliable Suresh Raina (121 runs) gives the team a huge cushion.

Then there are Ambati Rayadu (64 runs) and Ravindra Jadeja (109 runs), who has improved as a batsman and can plunder sixes at will, apart from skipper Mahendra Singh Dhoni (37 runs), who appears content to playing second fiddle these days. Add Englishman Sam Curran and CSK can take any attack apart when in form.

CSK bowlers led by Deepak Chahar (8 wickets) and Curran (6 wickets) have done a splendid job, while Shardul Thakur, with four scalps, could be decisive in breaking partnerships.

Jadeja has also shone with the ball, taking five wickets while Moeen has four and all of them would be hoping to be at their best against Mumbai.

PBKS vs RCB: We gave away extra 25 runs in the end, says Virat Kohli