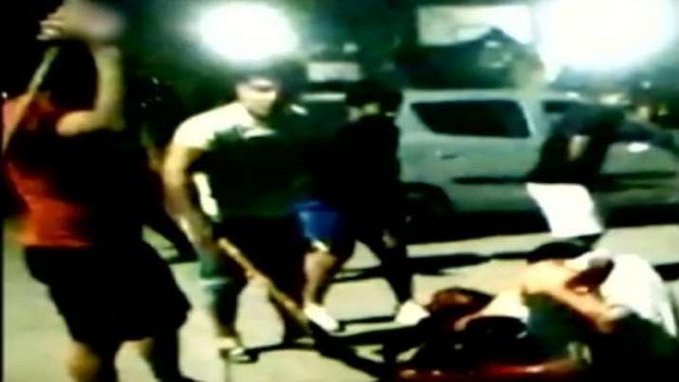 New Delhi: A video has surfaced that shows two-time Olympic medallist Sushil Kumar and his gang hitting another wrestler with sticks.

The wrestler – Sagar Dhankar, 23- is seen lying on the ground. He later died of injuries sustained during the assault.

Kumar was later arrested for his involvement in the murder case.

The visuals show that Dhankar was being beaten by Sushil Kumar and three others surround him.

Delhi Police say Kumar and his gang thrashed Dhankar and two others on May 4 at the Chhatrasal Stadium.

All three had to be hospitalised and Dhankar later died.

“Sushil had asked (his friend) Prince to make that video. He and his associates thrashed the victims like animals. He wanted to establish his fear in the wrestling community,” the police told a court last week.

Kumar claimed a bronze medal at the 2008 Beijing Olympics and a silver at the 2012 London Olympics.