My endeavour is to keep batsmen guessing, says Shami 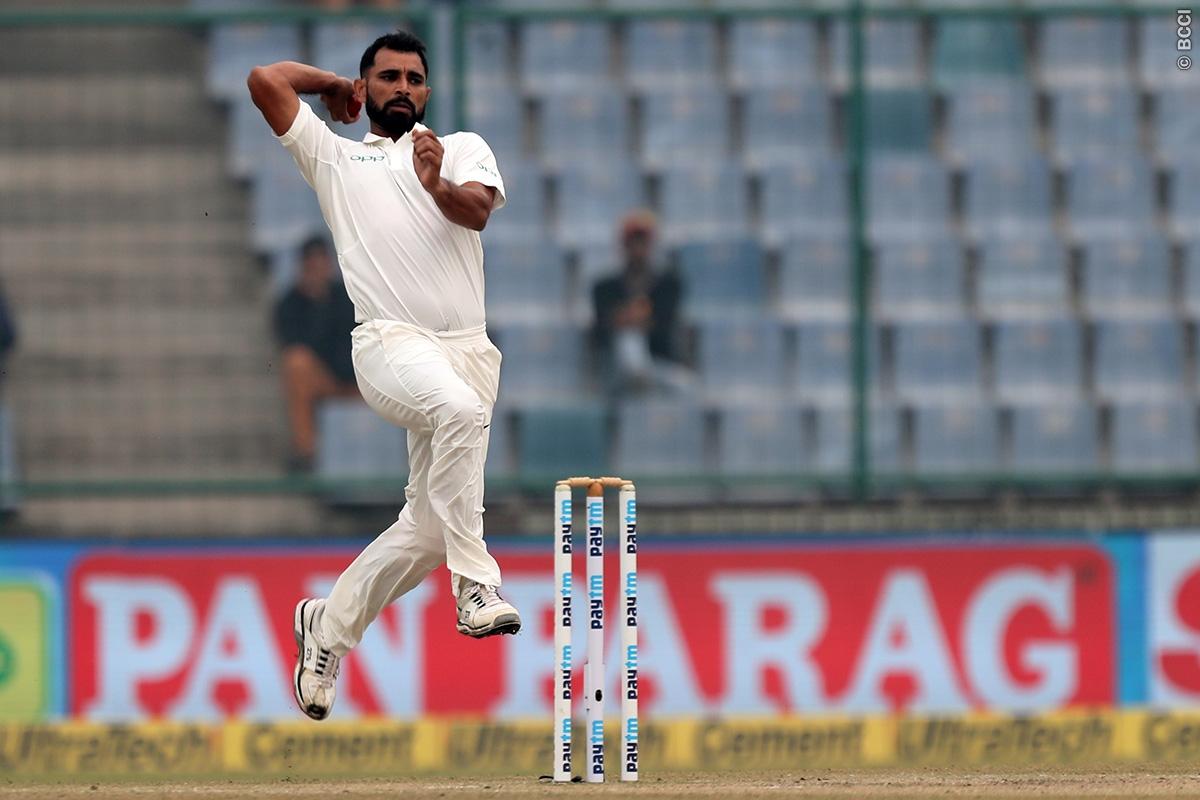 New Delhi: India speedster Mohammed Shami said altering length to keep the batsmen guessing would be key when India take on Bangladesh in their maiden Pink-ball Test, starting from Friday in Kolkata.

Shami, who has been in terrific form, returned with the figures of 3/27 and 4/31 in the first Test at Indore to achieve his career-best ranking, said he intends on keeping things simple for the historic Test.

“What one thing bowlers should do is keep an eye on the wicket and how is it behaving, so what I do is as the pitch gets slower I keep pushing myself and when I notice that the batsman is uncomfortable I go over the top… so the length has to keep changing,” Shami said on Star Sports.

Meanwhile, former India captain Sunil Gavaskar cautioned Mayank Agarwal, who scored a double century in the Indore Test, saying opposition would be better-prepared to counter him in future matches.

“He is enjoying Test cricket, this is his first year and hopefully he keeps scoring on the second year also because in the second season there is a lot more data available of you to the opposition.

“But he has been batting beautifully, the way he balances himself without falling on the offside as he plays so straight and his movement of the front and back foot has been fantastic making him the man in form who is full of confidence,” Gavaskar said.

Former India opener Gautam Gambhir said the Men in Blue have a complete bowling unit with quality spinners and pacers in their ranks.

“If you see other oppositions, some teams have got quality fast bowling attacks, some have quality spinners but if you look at this Indian side, they’ve got two quality spinners, three quality seamers plus Jasprit Bumrah and Bhuvneshwar Kumar who are not in the playing 11.

“So they’ve got proper 5 seamers plus Kuldeep Yadav which makes it 8 quality bowlers all capable of running through batting line-ups and that is why the Indian side has been able to take so many all-outs in the last 2 years.”

Countdown starts as Kolkata gets ready for historic Day/Night Test