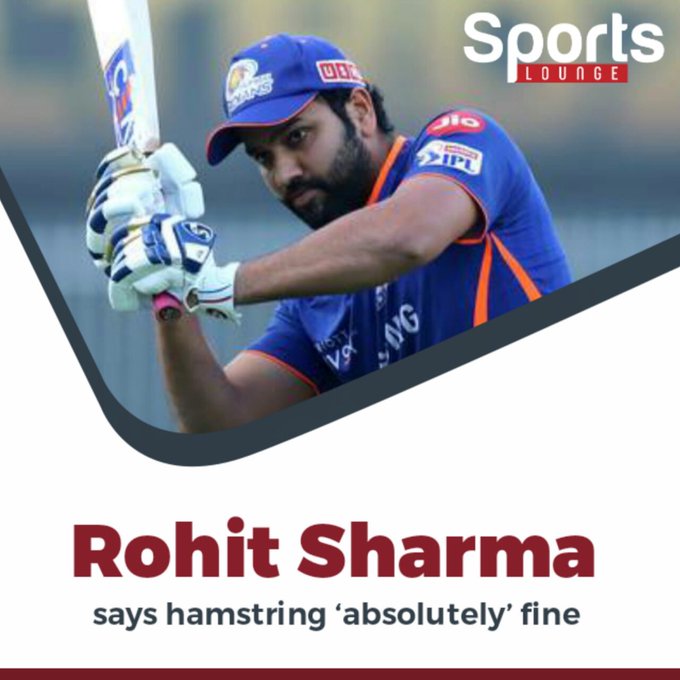 Sharjah: Mumbai Indians (MI) captain Rohit Sharma on Tuesday said that his hamstring was fine, though he was out for a seven-ball four runs in his team’s 10-wickets defeat to Sunrisers Hyderabad (SRH) here.

Sharma was returning to lead the ream after four matches, owing to the injury that became the centre of controversy.

Sharma, however, stayed on the field for the entire duration of the SRH innings at the Sharjah Cricket Stadium.

“I was happy to be back; it’s been a while. I was going through some tough times, but [it is] good to back,” Rohit said after the match. “I’m looking forward to playing few more games here and then see what happens. Always nice to be on the ground doing what I love to do.

When commentator Mark Nicholas asked him if his hamstring was “completely fine”, Rohit replied: “Ya, absolutely!”

Sharma took the field on Tuesday, despite Indian cricket board president Sourav Ganguly saying that the MI captain was injured and that his injury was being mo

Apparently, due to the injury, Sharma was not picked in any of the three Indian squads selected for this month’s tour of Australia. There has, however, been no explanation from the selectors.

Cricket activist Sanjeev Gupta on Tuesday shot off an email to the Apex Council member of the Board of Control for Cricket in India (BCCI), questioning Ganguly’s “knowledge” of affairs and appealed the council to immediately “get the matter investigated and take stringent action for the said austere lapse”.

Ganguly had told a section of the media that Sharma was being monitored and once fit, he would be picked for this month’s tour of Australia. He had also insisted that the Mumbai batsman was unfit which was why he was not selected for the tour.