My IPL workload will be monitored as playing Tests is my priority, says Bhuvneshwar Kumar 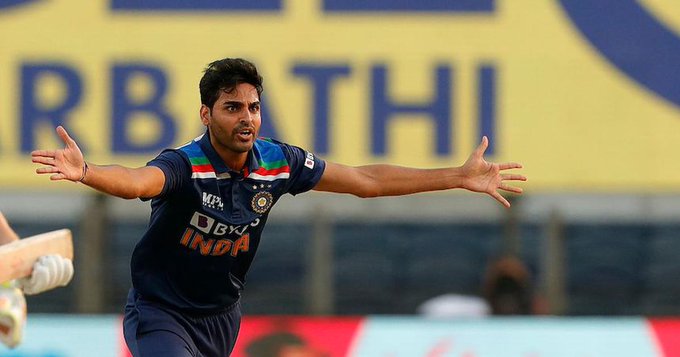 Pune: India pacer Bhuvneshwar Kumar has said his priority is to play Test cricket and a training programme will made during the IPL keeping in mind the England series later this year.

Kumar made an impressive return to national duty in white-ball cricket against England.

He has suffered several injuries in the last two years but returned to take six wickets in three ODIs against England.

“Of course, red ball cricket is in my radar. I will prepare keeping red ball in mind. Although what kind of team will be selected for Test matches is entirely different scenario,” Kumar said when asked if he is still thinking about making a comeback in Tests.

“My workload management and training during IPL will be keeping red ball in mind because I know there’s a lot of Tests ahead and my priority still is Test cricket. So from my end, I will do everything to get ready for the Test series,” the UP seamer after India beat England by seven runs to win the series 2-1.

“I have stopped making long term plans as in the past when I have done that, things haven’t gone in my favour. Be it because of injury or form.

“But yes workload management is something, I will be seriously monitoring along with team management. So yes, since I was unfit for a long time, I had to ensure that I put a lot of emphasis on being fit. We have a lot of cricket ahead along with England tour, so I will try and keep myself fit,” Bhuvneshwar said.

India tour: England’s rivals should not read too much into the defeats, says Jos Buttler