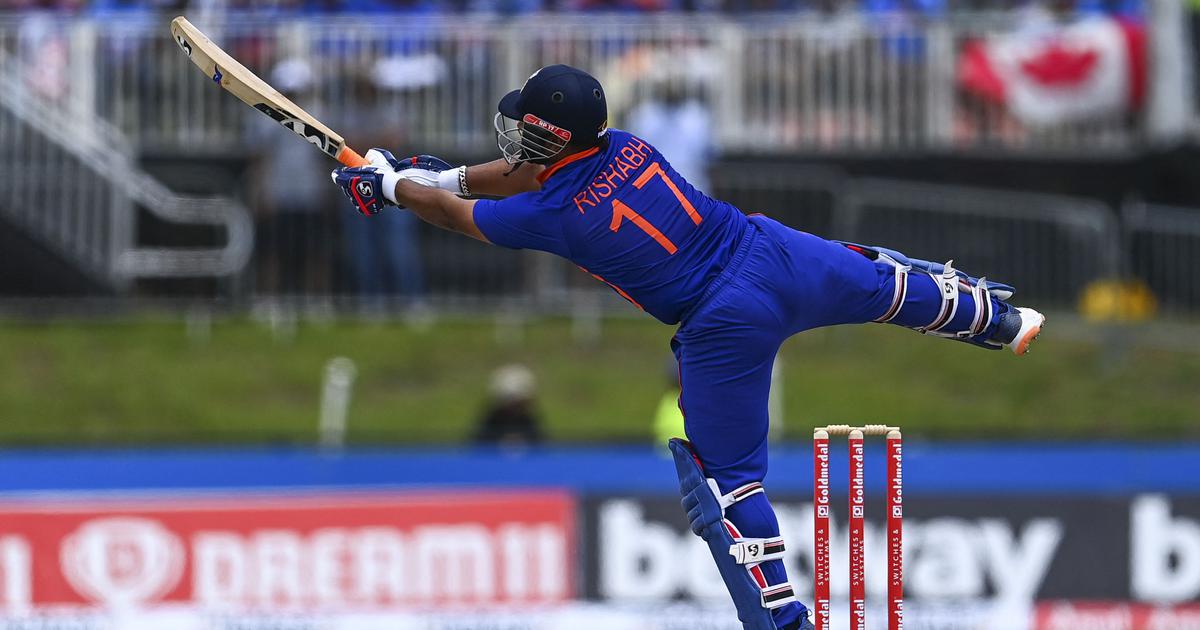 Christchurch: Under immense scrutiny for his poor form in limited overs cricket, dashing wicketkeeper-batter Rishabh Pant on Wednesday said his white-ball numbers were “not that bad”.

Pant has been terribly out of form in limited overs cricket this year, scoring just one fifty in the shortest format way back in February against the West Indies, while crossing the 30-run mark only twice in the 21 innings that he has played in 2022.

In ODIs, the 25-year-old had two fifties and a hundred in the nine innings he has played this year.

“…the record is just a number. My white-ball numbers are not that bad okay,” Pant told official broadcaster Prime Video ahead of the third and final ODI here on Wednesday.

In comparison, Pant has been at his best in the Test format and boasts of centuries in England, Australia and South Africa.

Pant said he doesn’t believe in comparison at this juncture of his career.

Pant, who is the vice-captain for the ongoing series, endured another failure, scoring just 10 in the third ODI on Wednesday.

Talking about his preferred batting position in limited overs cricket, Pant said: “I would choose to open in T20Is, number 4-5 in ODIs and in Test I’m batting at 5. Yes, the game plan changes when you’re batting lower down the order but at the same time you have to bat where the team wants you to.