My11Circle celebrates the fervor of the dedicated fan, in its new campaign for T20 World Cup 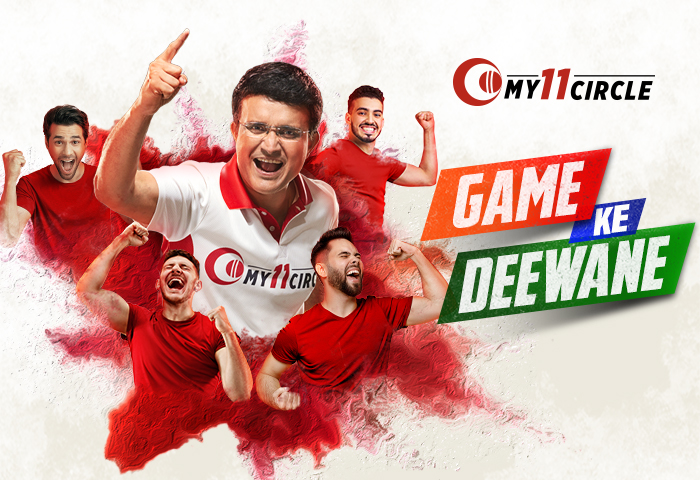 The campaign titled “Game ke Deewane” celebrates the passion and dedicated support of Indian cricket fans. In a rather unique proposition, the campaign, which starts tomorrow- October 17th (with the first World Cup qualifying match), involves the reward money getting doubled, every time Team India wins the match.

Speaking about the new campaign, Bhavin Pandya, Co-Founder, and CEO, Games24x7 said, “The World Cup is the pinnacle tournament for cricket. This edition is happening after a hiatus of five years, so there is a lot of anticipation and excitement amongst the Indian fans. This excitement hits an apogee, when India performs well, so this particular campaign is our humble tribute to the game of cricket and to all the unconditional supporters of team India.”

This campaign is the latest in a series of innovative campaigns by My11Circle, that have always celebrated the fervor of the dedicated Indian cricket fans. The prime focus of the campaign is to commemorate the zeal of cricket fans across the nation. This idea exhibits through campaign language and messaging, ‘Dewaano ki yahan kami nahi, par inke bina game bhi kuch nahi’ and ‘Game ke Deewane’.

Sourav Ganguly, one of India’s greatest batsmen and captains, and one of the brand ambassadors for My11Circle, said, “If cricket is a religion in India, then the fans are the biggest devotees. Their constant support and the fervor with which they follow their team and favorite cricketers has been the most important factor in exalting cricket to a national passion that unites our country. As a player and captain of Indian team, I can tell that the sort of support which Indian cricket team gets in whichever country it is playing, is unprecedented for any sports team across the world.”

Saroj Panigrahi, Vice President, My11Circle, said, “We have a commitment to cricket fans across the country, and it is our constant endeavor to make them feel special through unique offerings every T20 season. We have been encouraged by the response to our previous campaigns, which is what motivates us to come out with a fresh promotion every season that are focused on allowing our participants to think, strategize, meticulously plan and to test their skills.”

Backed by marquee investors including Tiger Global and The Raine Group, the company specializes in using behavioural science, technology, and artificial intelligence to provide awesome game playing experiences across all its platforms. Games24x7 operates RummyCircle, the largest online rummy platform in India, and My11Circle, one of country’s top fantasy sports platforms. The company has also set up a casual games’ studio, Ultimate Games, to launch new games for the global market.

The diverse, talented, and passionate Games24x7 team is spread across three continents with offices in Mumbai, Bengaluru, Kiev, Philadelphia, and Miami.