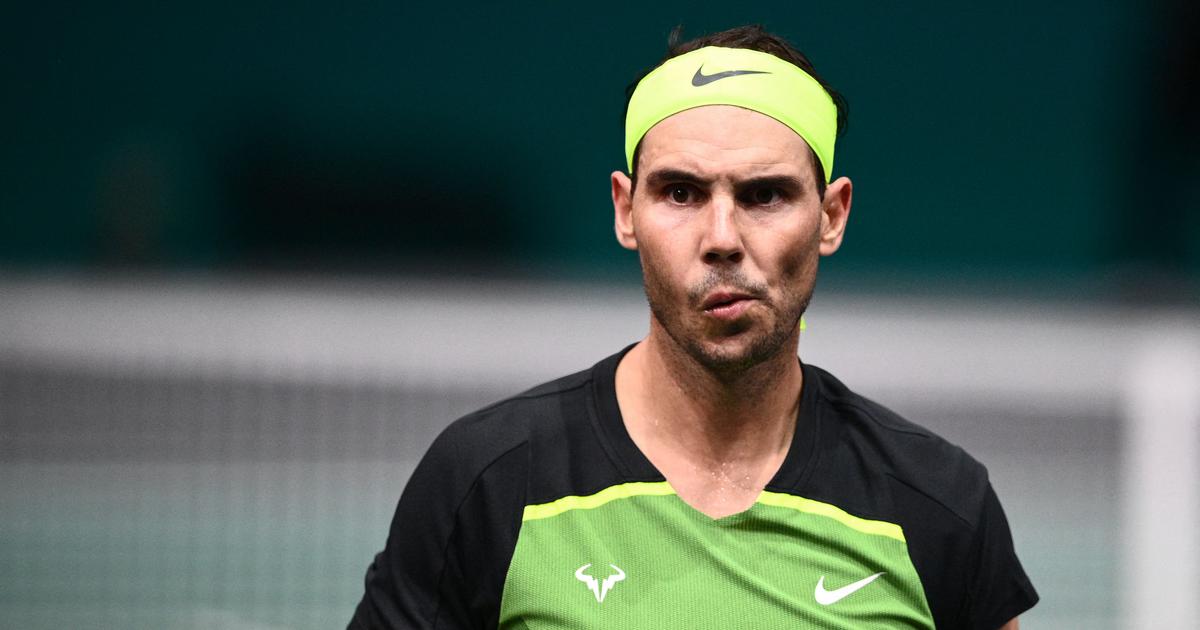 Rafael Nadal says he is “going to die” trying to return to the level of tennis that saw him capture a record 22 Grand Slam singles titles after his hopes of a first-ever ATP Finals title and becoming year end world number one were extinguished on Tuesday.

The 36-year-old Spaniard fell 6-3, 6-4 to Canada’s Felix Auger-Aliassime in Turin to follow up on a defeat by Taylor Fritz on Sunday.

To stay alive in the finals, Nadal needed Fritz to beat Casper Ruud in straight sets on Tuesday.

But when Ruud won a set against Fritz, it meant a sharp exit for Nadal and also that his teenage compatriot, US Open champion Carlos Alcaraz, would finish the year as the top-ranked male player.

Ruud went on to beat Fritz 6-3, 4-6, 7-6 (8/6) to book himself a semi-final berth, while Fritz plays off with Auger-Aliassime on Thursday to determine which player goes through to the last four.

Nadal needed to win the year-end title for the first time in his trophy-laden career to have a chance of preventing Alcaraz from finishing number one.

“I mean, I don’t think I forget how to play tennis, how to be strong enough mentally,” said Nadal, who was playing in just his third singles match since the US Open in September.

“I just need to recover all these positive feelings and all this confidence and all this strong mentality that I need to be at the level that I want to be.

“And I don’t know if I am going to reach that level again. But what I don’t have any doubt, that I going to die for it.”

Nadal – who has nevertheless won the Australian Open and French Open this year – praised 19-year-old Alcaraz, who is not able to play in Turin due to an abdominal injury.

“Just well done for Carlos in this case,” said Nadal.

“Happy for him. Big achievement for him. Well done. Great news for our sport in Spain. He deserved it after a great season

Nadal’s rustiness showed against Auger-Aliassime, who is in the form of his life having won three titles in October.

“It is great to win against him, and stay alive in the tournament!” said Auger-Aliassime.

“I have played some great tennis in the past month and to then beat a player of his stature is very special.”

Nadal spurned all four of his break points in the first set, though his 22-year-old Canadian opponent produced two superb forehands to stave off a break at 3-3.

Auger-Aliassime by contrast made no mistake breaking the Spaniard with the only one he was offered.

The Canadian was equally clinical when he was presented with two set points converting the first of them.

Nadal fared little better in the second set, as the lack of competitive matches showed – he had taken a break to spend time with his son, who was born in October.

Auger-Aliassime took the match by the scruff of the neck as he broke Nadal at 1-1, the Spaniard sending a loose volley long.

Auger-Aliassime was hitting the ball with sublime accuracy and could afford a rueful smile when one did not go as smoothly, flying upwards into the roof of the indoor arena.

Nadal had few chances to put Auger-Aliassime under pressure with the Canadian playing so well but he had a break point – the first of the second set for him – on his rival’s serve at 2-3.

However, once again he was unable to seize it and Auger-Aliassime went on to hold his serve and was never troubled from that point on, eventually closing out the match on the first of two match points.