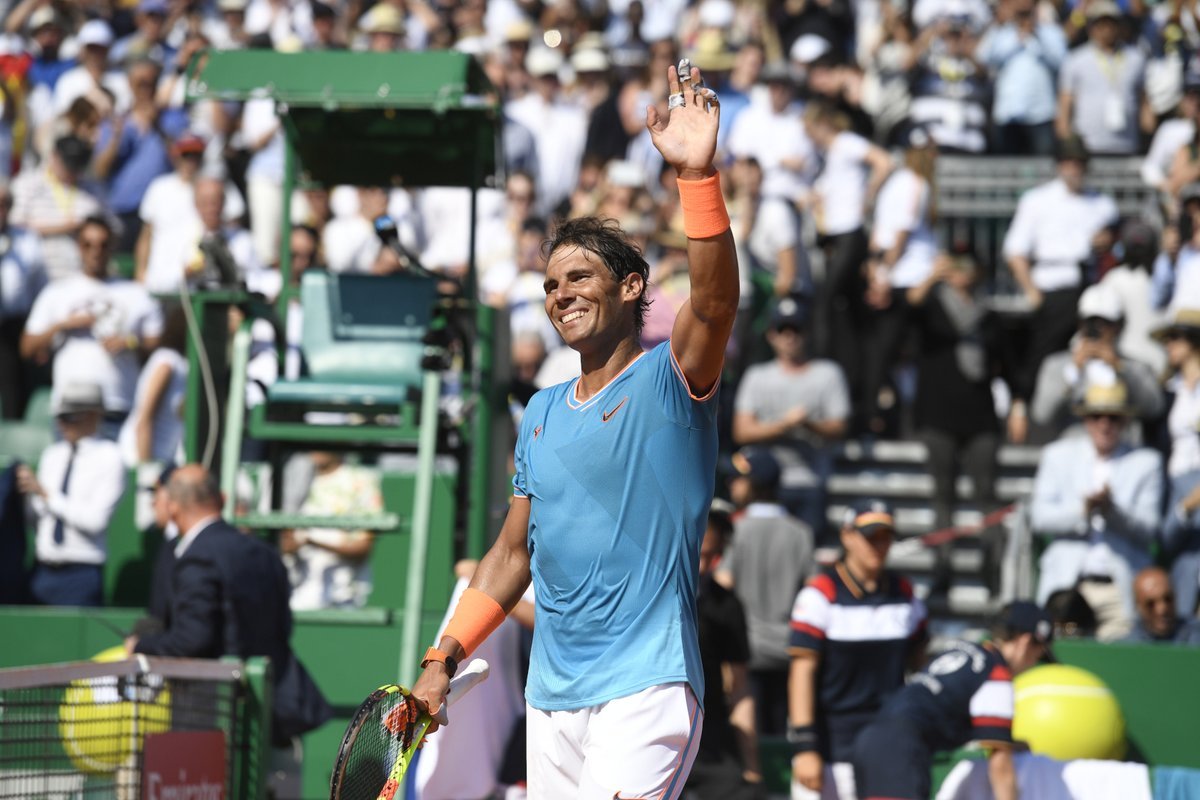 The 11-time champion Nadal, who overcame Dimitrov at this event in 2013 and 2018, broke serve on four occasions to defeat the Bulgarian 6-4, 6-1 on Thursday and advance to his 15th quarter-final in the Principality.

Nadal improves to 12-1 in his head-to-head series against Dimitrov, which includes an unbeaten 5-0 record on clay.

“I felt good. I think that the first set was a high-quality set of tennis,” Nadal said.

“The second set [there] were a little bit more mistakes and the wind was even [greater] later in the match. The wind is for both of us, and of course always have an impact. That’s what happen when you play outdoors. These things are part of the game and just try to be ready for it… You have to adapt. You have to find solutions.”

The World No. 1, who claimed his 850th tour-level victory on Tuesday, converted six of 10 break points en route to a 68-minute win. Djokovic now owns 15 victories from 18 tour-level encounters this season.