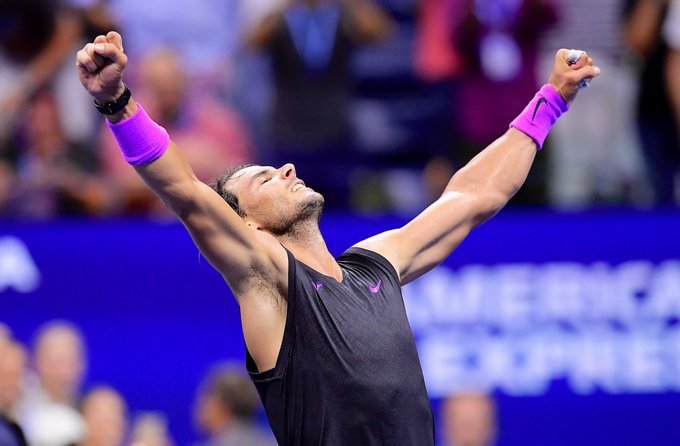 New York: Three-time champion Rafael Nadal advanced to the quarter-finals while Naomi Osaka of Japan ended her title defence at the ongoing US Open.sports news in english

“It”s easy to describe, but difficult to make. I don”t know, I think I followed the ball good because he had a good volley and I saw it, I ran fast to the ball and I saw at the last moment there maybe be a small space on that side,” the ATP Tour website quoted Nadal as saying on court after the match.

“I think it was the only way to win that point. I hit it well, but to hit that spot you need some luck.”

Belinda Bencic has posted more victories over Top-10 competition than any other player in 2019. So it shouldn’t come as much of a shock that she should have the stuff to knock off top seed and defending champion Naomi Osaka at the US Open.

The No. 13 Swiss did just that in Arthur Ashe Stadium on a rainy Labour Day, defeating the world No. 1 for the third time this year, 7-5, 6-4, and returning to the quarterfinals for the first time since 2014.

With Novak Djokovic’s departure in the Round of 16 on Sunday, it marks only the fourth time in the Open era that both the top men’s and women’s seeds failed to reach the quarterfinals.

“The challenge cannot be bigger than Naomi,” said Bencic, who notched her tour-best ninth Top-10 win this year. “I had to be at the top of my game. I’m pleased how I managed my nerves.”

Bopanna beaten in men’s, mixed doubles at US Open