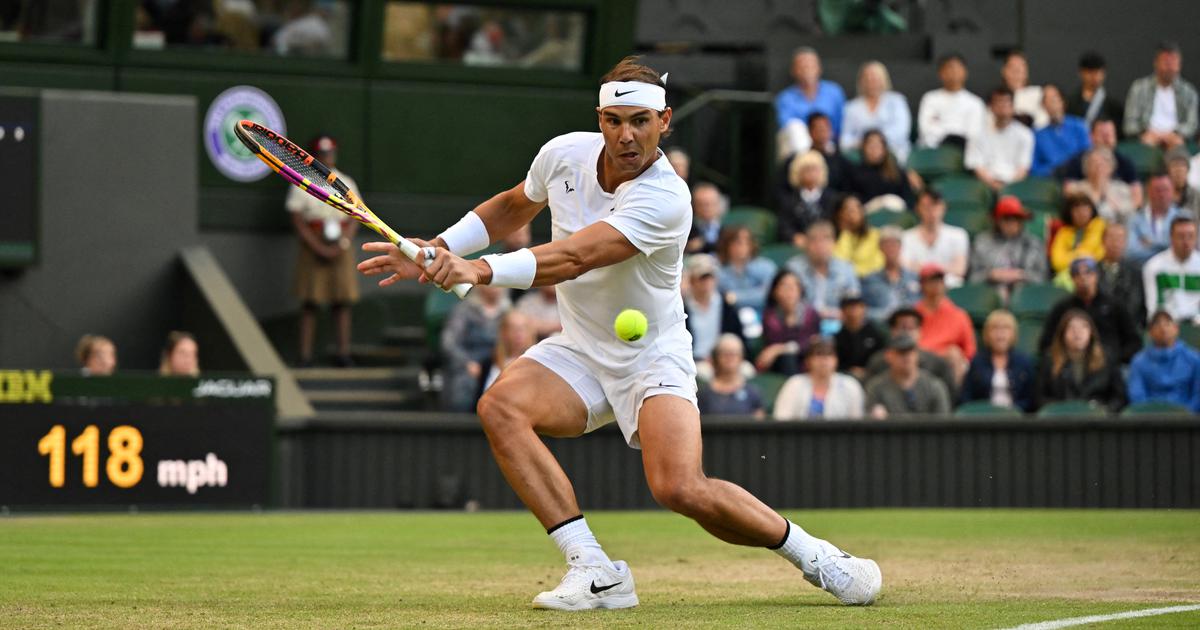 New York: Rafael Nadal targets a fifth US Open and 23rd Grand Slam title in New York from next week as Novak Djokovic clings desperately onto a forlorn hope of even being allowed to set foot in New York.

The Spaniard has had to sit out the US Open four times in his career and there are once again fresh doubts over his physical ability to survive a gruelling two weeks at Flushing Meadows.

Since an abdomen injury forced him to hand Nick Kyrgios a walkover into the Wimbledon final, Nadal has played just once — a first-up loss to Borna Coric in Cincinnati.

“I need to move forward and just start to think about the energy that the crowd give me in New York,” said Nadal, who has already captured two of the season’s three Slams at the Australian and French Opens.

“It’s a very special place for me, and I enjoy it. There have been unforgettable moments there, and I’m going to try my very best every single day to be ready for that.”

Nadal has become accustomed to overcoming setbacks, winning a 14th French Open in June despite playing the whole tournament with pain-killing injections in his foot.

An added incentive for Nadal is the opportunity to reclaim the world number one spot from defending champion Daniil Medvedev, the man he defeated in the 2019 final.

While Nadal trains in New York, career-long rival Djokovic remains in Europe, steadfastly refusing to withdraw from the tournament in the hope of a last-minute change of policy by the US authorities.

The famously unvaccinated Djokovic, who won the last of his three US Open crowns in 2018, is barred from entering the United States for refusing to take the Covid vaccine.

“At this point, in the pandemic, we’re two and a half years in, I think people in all parts of the world know more about it, and the idea that he can’t travel here to play, to me is a joke,” said McEnroe.

The 35-year-old hasn’t played since securing a seventh Wimbledon title last month, a victory which extended his Slam record to 21.

His controversial vaccination stance also saw him deported from Melbourne in January where he had been hoping to defend his Australian Open title.

Only last month, Djokovic said he was “preparing to play” in the tournament.

He will be put out of his agony on Thursday when the draw takes place.

With Roger Federer still absent from the tour and with question marks over Nadal’s fitness and Djokovic’s presence, the race for the men’s title is likely to be as open as recent years.

Marin Cilic, Stan Wawrinka, Dominic Thiem and Medvedev have all broken the New York stranglehold of the ‘Big Three’ since 2014.

Medvedev will be especially fired up having been banned from Wimbledon along with all other Russian players following the invasion of Ukraine.

On his reappearance on the tour following the All England Club cold shoulder, the 26-year-old claimed the hardcourt title in Los Cabos.

World number two and 2020 runner-up Alexander Zverev misses out through injury while fourth-ranked Carlos Alcaraz, a quarter-finalist in 2021, looks to convert potential into a maiden Slam triumph at 19.

Apart from Felix Auger-Aliassime, a semi-finalist last year, the rest of the current top 10 have endured a bittersweet relationship with New York.

Stefanos Tsitsipas, Casper Ruud, Cameron Norrie and Hubert Hurkacz have all yet to make the second week.

Sania Mirza pulls out of US Open due to injury