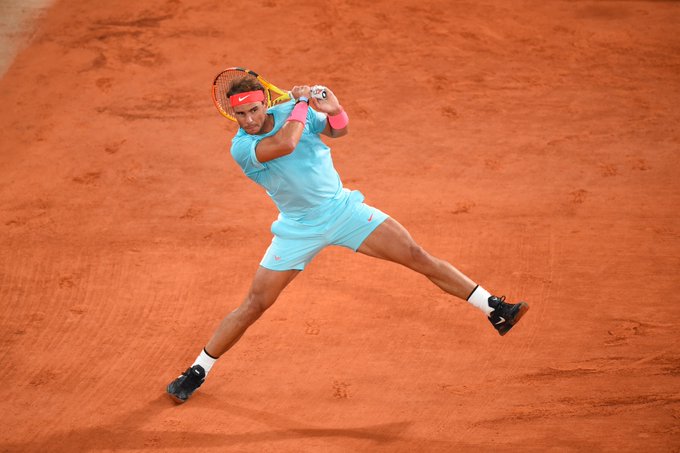 The Spanish superstar won a tactical masterclass against World No. 1 and 2016 titlist Novak Djokovic of Serbia 6-0, 6-2, 7-5 to capture a record-equalling 20th major singles trophy to draw level with all-time leader Roger Federer.

Nadal dropped to his knees in celebration, after striking an ace for victory in their ninth Grand Slam championship final. It was his 26th win over Djokovic and his first since May 2019 in the Internazionali BNL d’Italia final in Rome.

Nadal combated Djokovic’s ploy to drop shot and force the Spaniard into the net, with groundstroke depth and a willingness to strike forehand winners on the run to keep the World No. 1 behind the baseline.

Djokovic first-serve winning percentage improved significantly in a high-quality third set, from as low as 30 per cent in the first set, and he became a different player when he broke Nadal for the first time at 2-3.

Djokovic started to mix up his tactics and, on occasion, serve and volleyed, but struck his fourth double fault at 5-5, 30/40, to hand Nadal’s a golden chance for his historic victory in Paris. Nadal finished with an ace, his third of the encounter.