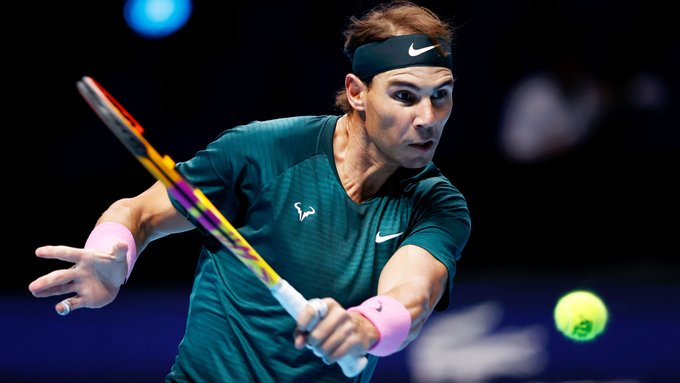 World number three Rafael Nadal, who has not played since suffering an abdominal tear at Wimbledon last month, has withdrawn from next week’s ATP event in Montreal, he said on Twitter on Friday.

The announcement marks a major blow to the Spaniard’s hopes of being fully fit for the US Open which begins in New York at the end of the month.

“We have decided not to travel to Montreal and continue with the training sessions without forcing ourselves,” Nadal tweeted in Spanish.

“I sincerely thank the tournament director, Eugene, and his entire team for the understanding and support they have always shown me, and today was no exception.”

The 36-year-old has not played since pulling out of his Wimbledon semi-final with Nick Kyrgios after failing to recover from an abdominal tear he suffered in the quarters.

It was the latest in a lengthy series of injuries for Nadal who, in the absence of Novak Djokovic at Flushing Meadows, will be looking to add to his record 22 Grand Slam titles

Before his latest setback, he had already missed 11 Grand Slam events stretching back to his debut in 2003.

He has also pulled out during a Slam five times with injuries.

Nadal won the first two majors of the year, the Australian and French Opens, and was on course to challenge to be the first man to win the Grand Slam — all four majors in one year — since Rod Laver in 1969.