Nadal shakes off Schwartzman to enter US Open semis 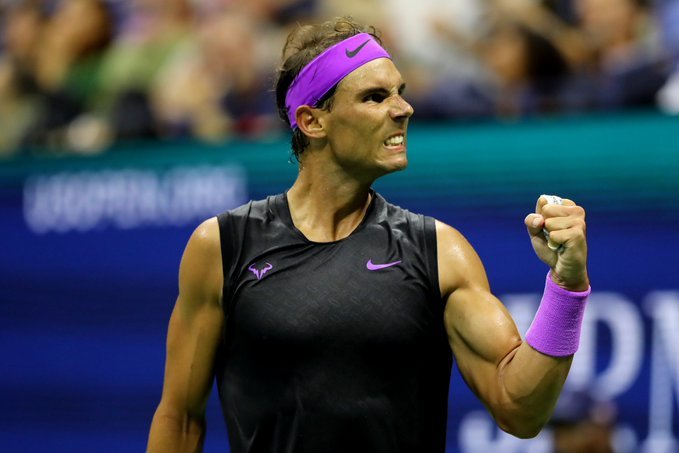 New York: Three-time champion Rafael Nadal defeated Argentine Diego Schwartzman 6-4, 7-5, 6-2 on Thursday, but the Spaniard’s victory was anything but straightforward.

Nadal overcame a spirited effort from the No. 20 seed to win his eighth consecutive quarter-final in Flushing Meadows in what felt like a titanic battle, not a straight-sets win.

The legendary lefty earned double-break leads in each of the first two sets, but was unable to hang onto those on either occasion.sports news headlines

The three-time champion sets up a SF clash with Matteo Berrettini. Who will advance to the 🏆 match?@RafaelNadal | #USOpen pic.twitter.com/HNVsh1Sr4H

However, when it mattered most, Nadal maintained the more consistent level, advancing to his eighth semi-final in New York after two hours and 47 minutes.

The Spaniard has long been dominant in major quarter-finals, improving to 33-7 at this stage of Slams with five of those losses coming at the Australian Open.

The 19-year old 🇨🇦 becomes the first teenager to reach the US Open SFs since 2009.@Bandreescu_ | #USOpen pic.twitter.com/RZ4pgCF2vO

“Diego is playing unbelievable. I need to play my best in the next round to have the chance to be in that semi-finals,” Nadal said after his fourth-round victory. That prediction proved to be spot on.

Nadal crushed 35 winners and broke serve eight times to find a way to win against an opponent who refused to back down. Many times, Nadal’s unrelenting groundstrokes typically push players further behind the baseline as a match wears on.

But Schwartzman tried to go blow-for-blow with the second seed, playing aggressively whenever possible.

Matteo Berrettini out-slugged French veteran Gael Monfils, 3-6, 6-3, 6-2, 3-6, 7-6, in an instant classic that featured waves of momentum changes and left Monfils leaning on his racquet for reprieve.

Bianca Andreescu advanced to her first career major semifinal. The 19-year-old Canadian overcame an error-strewn first set and used her superior firepower to came back to beat No. 25 seed Elise Mertens, 3-6, 6-2, 6-3.