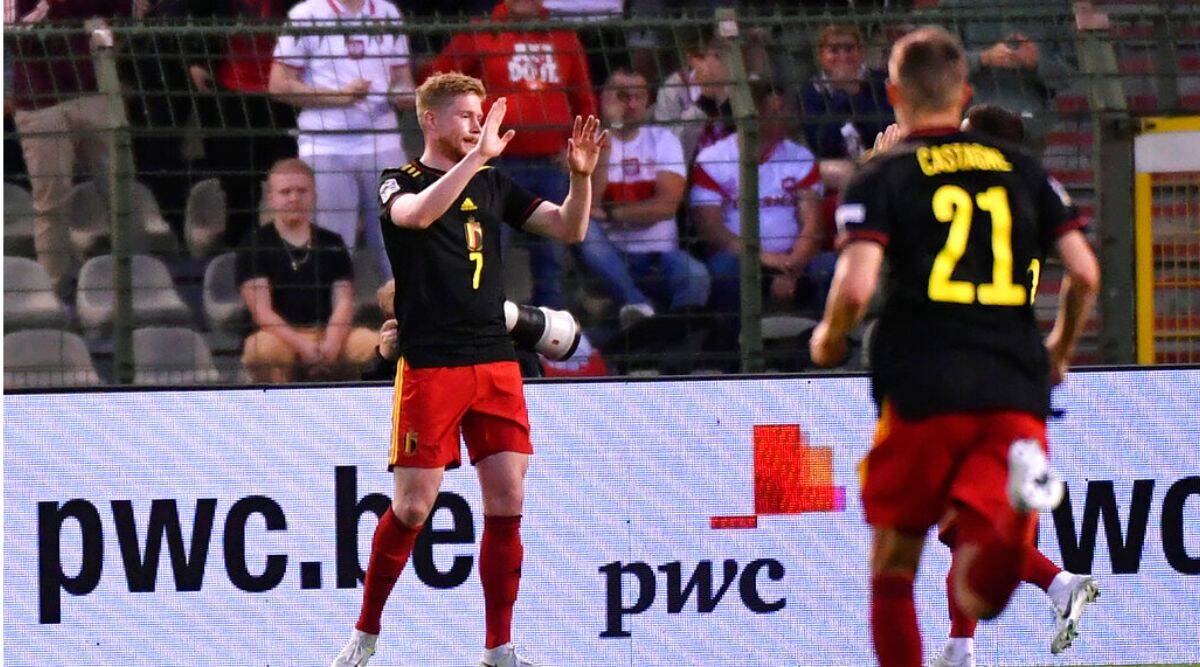 By coming from behind to rout Poland 6-1 on Wednesday, Belgium’s players gave an emphatic riposte to those questioning the team’s commitment to the competition at the end of a long season and, in particular, after a 4-1 loss to the Netherlands on Friday.

Belgium coach Roberto Martinez had been quick to dismiss accusations of his players lacking desire, and they backed up that support by recovering from going behind to Robert Lewandowski’s 76th goal for Poland.

Axel Witsel launched Belgium’s comeback with the equalizer in the 42nd, Kevin De Bruyne added a second in the 59th, before a double from Leandro Trossard — in the 73rd and 80th — a long-range effort from Leander Dendoncker in the 83rd and a first international goal by Lois Openda to wrap up the win in Brussels.

Trossard’s second goal was spectacular, with the Brighton playmaker collecting a short corner and curling a shot into the far top corner from the edge of the area.

The Netherlands stayed in front in the group, though, by scoring in the fourth minute of stoppage time through Wout Weghorst’s diving header to beat Wales 2-1.

Wales, which qualified for the World Cup last weekend for the first time in 64 years, had equalized two minutes earlier after falling behind to Teun Koopmeiners’ 50th-minute strike from the edge of the area.

In Group B, Ukraine bounced back from losing to Wales in that World Cup playoff by winning 1-0 at Ireland and was joined on three points by Scotland, a 2-0 winner over Armenia.