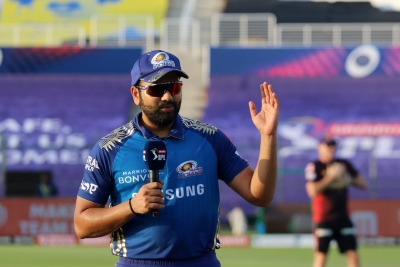 New Delhi: There is “zero clarity” on the fitness issue of Rohit Sharma — an automatic starter in the Indian team in all formats of the game — who was controversially dropped initially from all three Indian squads without explanation, says cricketer-turned-commentator Sanjay Manjrekar.

Sharma, was, however, later added in the Test team by the national selectors for the four-match series, to be played between December 17 and January 19, after the issue snowballed into a major controversy. He has, however, been “rested” from the ODI and T20 series.

Sharma is said to have a hamstring injury, but so far the Board of Control for Cricket in India (BCCI) has been silent on the nature of his injury even as it has explained for the other injured players.

“There’s zero clarity on the issue of Rohit Sharma’s fitness. I am sure there must a stand of BCCI and similarly that of Rohit. And when people don’t get information then speculation arise. So, I absolutely have no clarity whatsoever what’s going on there,” Manjrekar said while speaking on Pakistani YouTube channel CricCast.

Interestingly, Sharma, who apparently had a hamstring injury, turned out for Mumbai Indians (MI) franchise in the Indian Premier League (IPL) recently even as he was ignored by the national selection committee. Sharma led MI to the IPL title on Tuesday. The BCCI has given no reason for Sharma’s axing while India coach Ravi Shastri, and former India captains Sunil Gavaskar, Virender Sehwag, and Gautam Gambhir got involved in the controversy as they reacted to the selectors’ decision.

The 32-year-old was first not included in any of the three squads for the Australia tour due to a hamstring injury. However, later on, he featured in the playoffs of the just-concluded Indian Premier League where he led Mumbai Indians to their fifth title.

On Monday, while granting paternity leave to skipper Virat Kohli — he will return to India after the first Test — the BCCI named Rohit in the Test squad for the Border-Gavaskar Trophy.

The Indian players left the United Arab Emirates for Australia on Wednesday. But Sharma wasn’t part of it; he would joined the team only before the Test series.

Manjrekar also felt that four-five players, including Suryakumar Yadav, who was not included in any of the three squads, would get a chance to play during the long tour Down Under due to maybe injuries or other reasons.

“When a team is announced for a big tour, like the one of Australia where the Indian team will be there for almost three-four months, we think that is the squad that will be playing. However, as we are talking, slowly and slowly we will get to see that, by the end of the tour, many of the players who are there in India, they would have played in Australia,” said the former India batsman.

“I have no doubt that Rohit Sharma will be playing when he gets fit. Suryakumar Yadav will also get a chance somewhere on the tour as is often happens that some injuries take place and replacements are called. I think four-five players who have not been selected for the tour due to fitness or some other issues, they will be playing in the upcoming tour,” he felt.

Yadav was one of the shining stars for MI, scoring 480 runs for the five-time champions. However, despite his great form, he failed to find favour with the national selectors.

India will begin the defence of the Border-Gavaskar Trophy with the pink-ball Test in Adelaide from December 17. It will be followed by Tests at the Melbourne Cricket Ground (December 26), the SCG (January 7) and the Gabba (January 15).

Kohli will be available for the limited-overs leg as well as the first Test after which he will return to India for the birth of his first baby with wife Anushka Sharma.

The Indian players, wearing new PPE kits and masks, left for Australia on Wednesday night for Sydney where they will be undergoing quarantine.