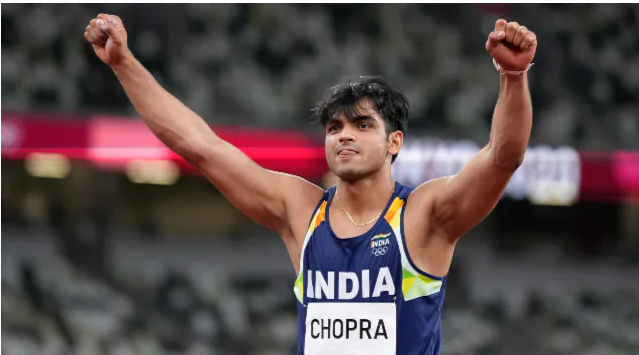 India’s superstar javelin thrower Neeraj Chopra made a spectacular return to competition after his historic gold in the Tokyo Olympics with a stunning throw of 89.30m shattering his national record and placing him second in a star-studded field at the Paavo Nurmi Games in Turku, Finland, on Tuesday.

The 24-year-old Chopra’s first competitive event after just over 10 months was nothing short of extraordinary as he nearly touched the coveted 90m mark, considered the gold standard in the world of javelin throw.

Chopra’s earlier national record was 88.07m which he had set in Patiala in March last year. He had won the Tokyo Olympics gold with a throw of 87.58m on August 7, 2021.

He opened with an impressive 86.92m before sending the spear to 89.30m. His next three attempts were fouls while he came up with 85.85m in his sixth and final throw.

Finland’s 25-year-old Oliver Helander, who has a personal best of 88.02m and season’s best of 80.36m, was the surprise gold winner with a best throw of 89.83m which he produced in his second attempt. Chopra’s 89.30m effort will take him to fifth spot in the world season leaders’ list.

Reigning world champion Anderson Peters of Grenada, the pre-event favourite with his world leading monster throw of 93.07m while winning gold in the Doha Diamond League last month, was third with a best effort of 86.60m. This was Peters’ first defeat after seven wins on-the-trot this season.