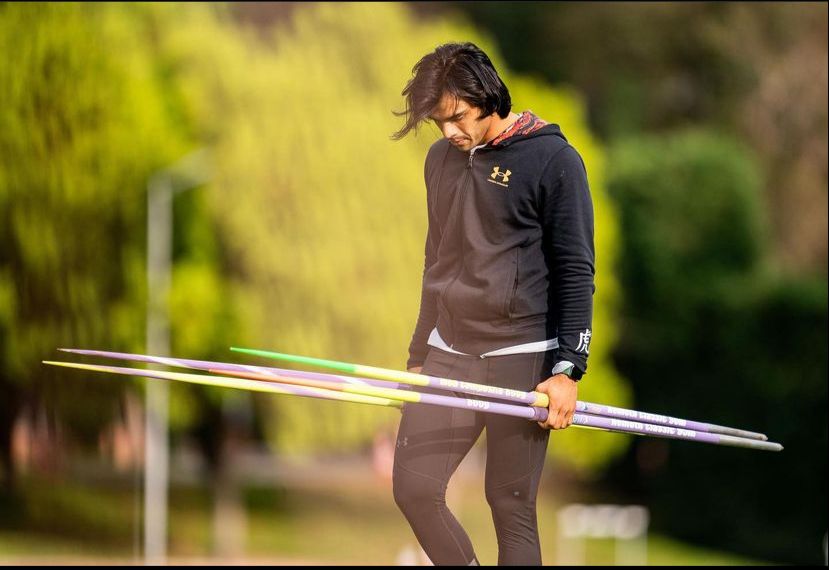 New Delhi: There’s something about the playing fields of Haryana, which celebrated more than anyone else when the Indian contingent returned from the Tokyo Olympics. Fast becoming a big feeder system to Indian sport the state has thrown up champions across the sporting arena.

When Indian cricket was struggling to find a ‘fast’ bowler, Kapil Dev Nikhanj broke through the domestic system, designed around the art and craft (of tweak) and spin, to become one of the leading fast bowlers the world has seen. A remarkable achievement which inspired the nation.

The state has consistently thrown up champions, one after another. Chandgi Ram, Vijender Singh, the Phogat sisters and many more have shown how Haryana has created icons who have and are inspiring India to forge ahead in sport. The latest being the boy from Khandra – Neeraj Chopra.

The 24-year old’s journey is a story of trials, tribulations and sheer determination. Like others from his state, Chopra championed personal battles and background constraints to give India its finest moment in the Olympics – a gold medal at the Tokyo Olympics in the Javelin throw. He created history by becoming the first Indian to strike Olympic gold in Athletics, Field and Games. That day, on August 7 2021, no one could match his throw distance of 87.58m.

Chopra’s journey to the top of the Olympic podium has involved many bumpy rides and sheer commitment. It started at the age of 13, when, as a small village boy he had to take a bus to the Sports Authority of India (SAI) facility in Panipat, located about 15 km away from his dwelling. He impressed his childhood coach Jaiveer Singh (who introduced him to the sport) with his first throw (sans any training) which was close to 40m. He then got immersed in the art of javelin throw and history was in the making.

“What makes him different from other javelin throwers in India is his athleticism,” coach Dr. Klaus Bartonietz had said last year. Chopra first created waves in 2016 when he won gold at the U-20 World Championships in Poland. He followed it up by another one at the 2016 South Asian Games, and a third gold at the Asian Athletic championships the following year.

His victory has also been the pinnacle of the public-private support system around him. After he had faced an elbow injury in 2018, the Athletics Federation of India enabled his rehabilitation under Dr. Pardiwala’s care in Mumbai. It then found him a biomechanicst-coach in Dr. Bartonietz who charted the young Haryanvi’s future growth based on Biomechanics.

Neeraj Chopra now has a mission to accomplish – to break the 90-metre javelin mark. He’s not in a tearing hurry to achieve that and hopes to slowly find his peak. In his polite and rustic manner, the champion stated that he is not losing his sleep over finding that elusive (90m) mark. “It is my dream to cross 90m and (I) will try to do that this year in some competition”, he stated recently.

He finished with gold at the just concluded Kuortane Games and will soon feature in the Diamond League Meeting in Stockholm on June 30 before heading for the July 15-24 IAAF World Championships in Eugene, US.

Neeraj is using every means to move closer to his goals, including his focus on modern training techniques (like biomechanics). It is probably this focussed approach that has won him accolades across multiple renowned platforms through the years. He is aware of the huge expectations that his countrymen have on him to keep finding one pinnacle after another.

Going forward, it’s just a matter of time till the famous statement moves on from one former world champion (Kapil Dev) to the present one: ‘Niraj Chopra Da Jawab Nahi’.