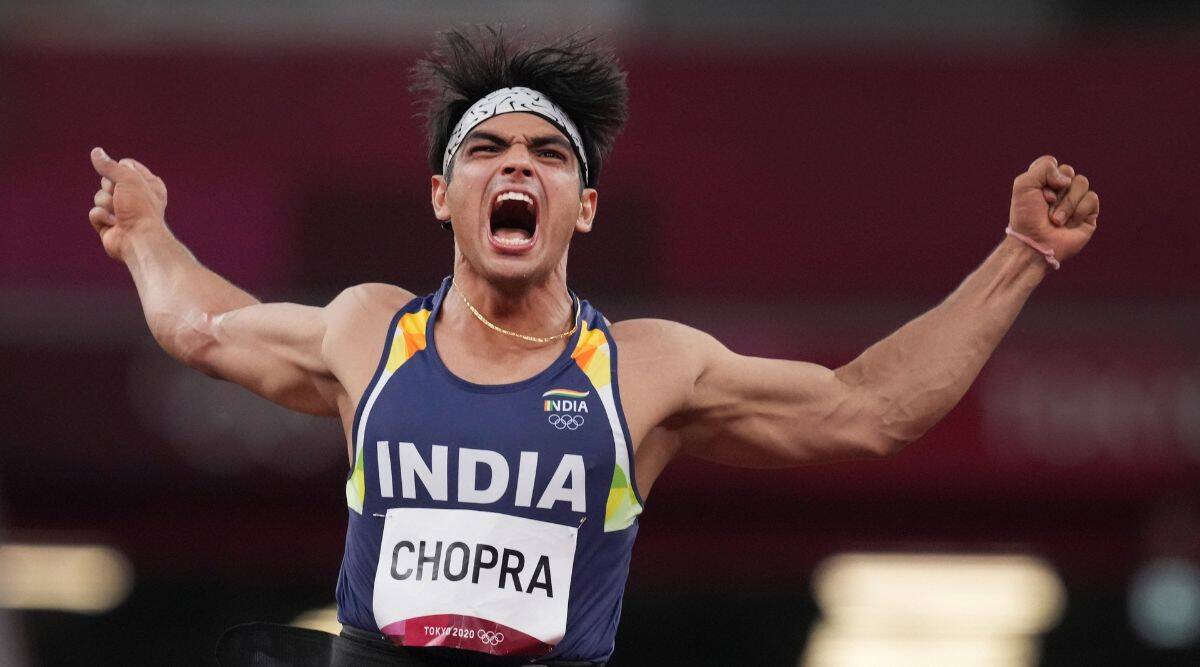 Stockholm: Buoyed by a strong start to the season, Olympic champion javelin thrower Neeraj Chopra is primed to clinch his maiden Diamond League podium finish in his first appearance in four years in the prestigious one-day meet here on Thursday.

The 24-year-old Chopra was second in the Paavo Nurmi Games in Turku with a big national record throw of 89.30m before winning his event at Kuortane Games with a creditable 86.60m effort under treacherous conditions.

Both the events in Finland had strong fields, though the Turku line-up had more stars than at Kuortane, where Chopra slipped after an awkward release of his spear in his third attempt under slippery conditions due to rains. Luckily, he was up on his feet immediately and won the event without any injury.

“We started training in December, so it was a bit late. I needed to get fit again as my weight had also increased after the Tokyo Games,” Chopra said during a pre-event press conference.

“I had gained 13kg-14kg, so the plan was to get fit again and hence we started the season a bit late.

“Our main target this year are the World Championship and Commonwealth Games as the Asian Games has been postponed,” he added.

The prestigious one-day meet at the Swedish capital will be Chopra’s biggest event ahead of the World Championships in Eugene, USA, next month. He will also be facing the toughest field of the season so far with all the three Tokyo Olympics medallists in fray.

Germany’s Johannes Vetter, who has the maximum number of 90-plus throws among the active throwers, continues to be in the sidelines. He is not fully fit and also did not take part in the German nationals.

After winning gold at Kuortane where he was earlier based, Chopra has shifted to Uppsala, less than 100km from Stockholm, and will be not be taking part in any event after the Diamond League and before the July 15-24 World Championships. The Indian superstar has beaten reigning world champion Anderson Peters of Grenada twice this month. Peters has seen a dip in form after winning the Doha Diamond League meet with a season-leading throw of 93.07m.

After that, he had thrown 86.60m at Paavo Nurmi Games for a third place and 84.75m in Kuortane Games for another third position.

Peters’ fitness could also be a concern as he did not complete all his throws in an event at Orimattila in Finland last week, recording a best throw of 71.94m.

Olympic silver medallist Jakub Vadlejch of Czech Republic and compatriot Tokyo Games bronze winner Vitezslav Vesely will also be in action. This will be the first time all the Tokyo Olympics medal winners will be in action together this season.

Vadlejch, who was sixth at Paavo Nurmi Games with a best throw of 83.91m, returns after skipping the Kuortane Games.

The same is the case for Germany’s Julian Weber, who returns after finishing fifth at Paavo Nurmi Games with 84.02m.

Finland’s Oliver Helander, who surprisingly won gold at the Paavo Nurmi Games with a big throw of 89.83m, will also be seen in action after skipping the Kuortane Games.

Another Indian, Murali Sreeshankar was to compete in the meet in long jump, an event which is not included in the Diamond League programme. It is listed as an additional event. But he will not be able to make it to the Swedish capital as his passport is held up at the US Embassy in New Delhi for visa processing for next month’s World Championships.